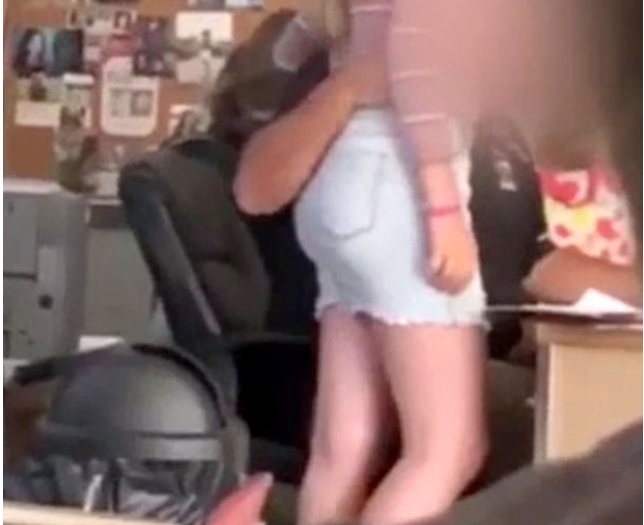 A teacher has been suspended after shocking video shows him running his hand down a pupil's back in the classroom.

Travis Holland, who teaches history at Eagleville High School in Tennessee, US, is sat down and clasps the standing girl at her waist after appearing to rub her left shoulder in the clip filmed on Monday.

The video looks to have been filmed surreptitiously over someone's shoulder as the incident takes place. An American flag can be seen to the teacher's left.

Rutherford County School District suspended Holland without pay on Wednesday after being made aware of the footage on Tuesday.

One unnamed parent told WZTN a number of students had reportedly filed complaints against Holland on previous occasions, complaining of 'inappropriate touching'.

Holland has yet to comment on the footage, or his suspension.

A school statement said: "We were notified yesterday of the video and did an initial review, but then deferred to law enforcement and DCS for their review.

"We have now heard back from both agencies and they are not pursuing any further investigation.

"However, the school district has suspended the employee without pay pending the outcome of a district investigation."