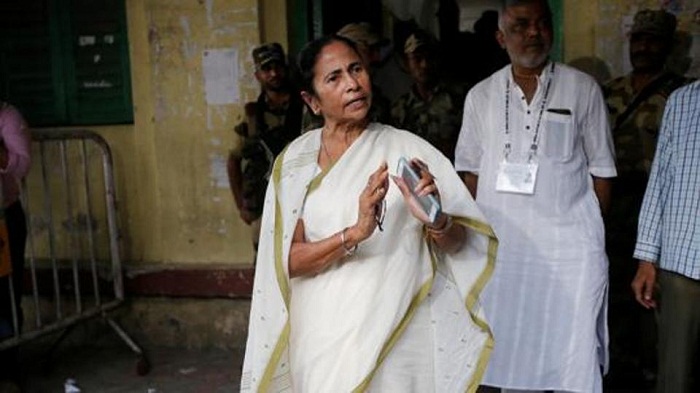 West Bengal Chief Minister and Trinamool Congress chief Mamata Banerjee will today chair an emergency meeting with party workers for an analysis of the Lok Sabha election results which registered a massive win for the BJP. Making inroads in Bengal, the BJP won 18 of the 42 seats and with a vote share of 40.5 per cent.

Up from the two seats and 17 per cent vote share it had in 2014, the BJP not only pulled through an unprecedented victory, but also took a lead in around 130 assembly segments of the state in terms of vote share.

“Our party supremo will be meeting victorious candidates as well as those who lost the polls. District presidents and other senior leaders will also be present at the meeting. We will discuss the results of the election and take stock of both our weaknesses and strengths,” a senior TMC leader was quoted as saying by PTI.

“The results came as a rude shock for all of us. We couldn’t anticipate such a mandate against us… We need to rectify the mistakes and reach out to the masses before it is too late,” he added.

The BJP bagged almost three times the election duty votes that the TMC got in Bengal, according to figures released by the Election Commission data. The BJP received 73,541 votes through postal ballots as compared to the TMC, which got only 25,791 votes. The Left Front got around 7,377 votes, the Congress about 5,770 votes and there were 5,143 NOTA votes.