US President Trump calls up Modi, to meet at G-20 summit 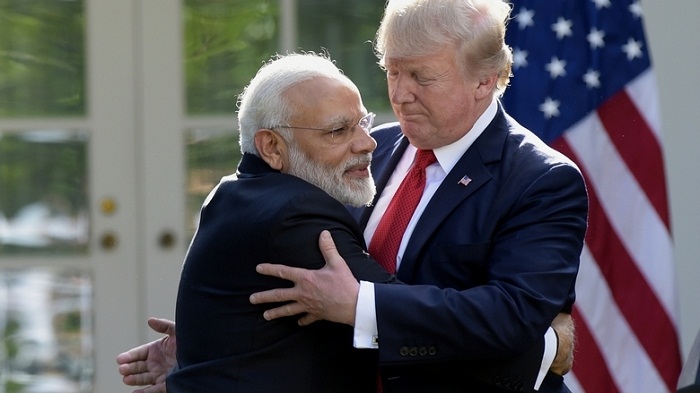 US President Donald Trump on Friday (May 24) called up Prime Minister Narendra Modi to congratulate him on his election victory and the two leader agreed to meet at the upcoming G-20 summit in Japan.

"President Trump congratulated the Prime Minister on the unprecedented electoral victory. The two leaders agreed to meet at the forthcoming G-20 Summit in Osaka, Japan, to discuss bilateral relations and global matters. They also agreed to work together for further enhancing the close and strategic partnership between the two countries," the Ministry of External Affairs said in a statement.

Among other callers were the Custodian of the Two Holy Mosques King Salman bin Abdulaziz Al Saud, whom Modi thanked "for his warm felicitations and good wishes for the progress and prosperity of the people of India" and "conveyed his appreciation for the guidance of His Majesty to the bilateral relations", the statement said.

Warmly felicitating Modi, Sri Lankan President Maithripala Sirisena noted the enhanced engagements between the two neighbours and expressed his desire to further deepen their ties. Modi thanked Sirisena expressed his readiness to work even more closely for the benefit of the people of the two countries and the region.