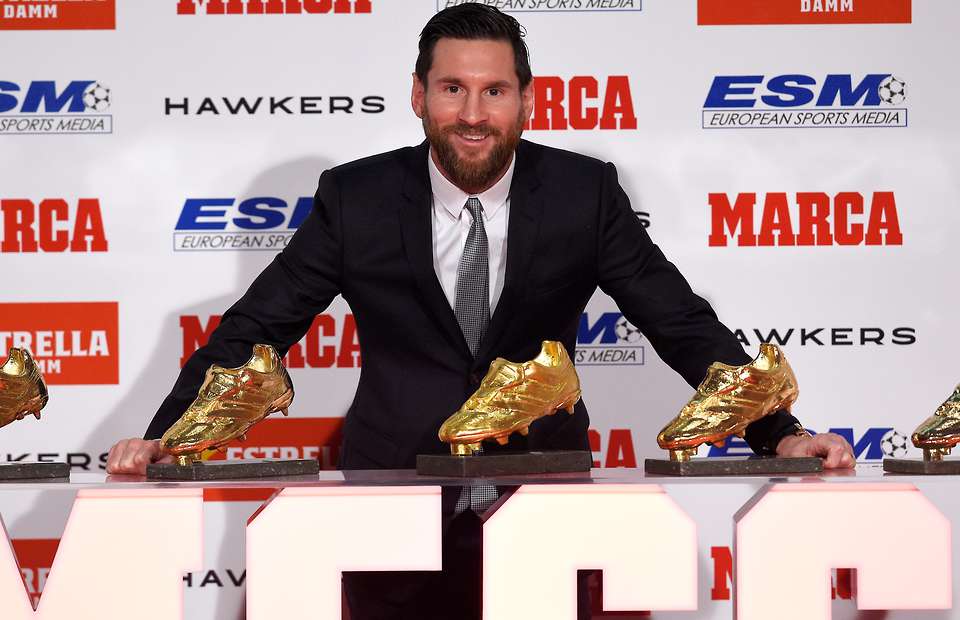 Barcelona captain Lionel Messi has won the European Golden Shoe for the sixth time in his career, finishing top of the pile with 36 goals.

Messi scores the goals in 34 games in LaLiga Santander this season meant that he finished three ahead of Paris Saint-Germain's Kylian Mbappe.

Mbappe had to score five against Reims on the final day of the Ligue 1 season on Friday but could only manage one as PSG lost 3-1.

This is the third consecutive year that Messi has claimed the award and the 11th campaign in a row where the winner has come from LaLiga Santander, although Cristiano Ronaldo and Luis Suarez shared the Shoe in 2014.

Messi has become the second oldest player to win the award with an age of 31 years, 11 months and 25 days. Hugo Sanchez was a month and a day older than Messi when he won the prize in 1990.

Messi spoke about the Golden Shoe in his press conference on Friday but said it was not something he was really thinking about.