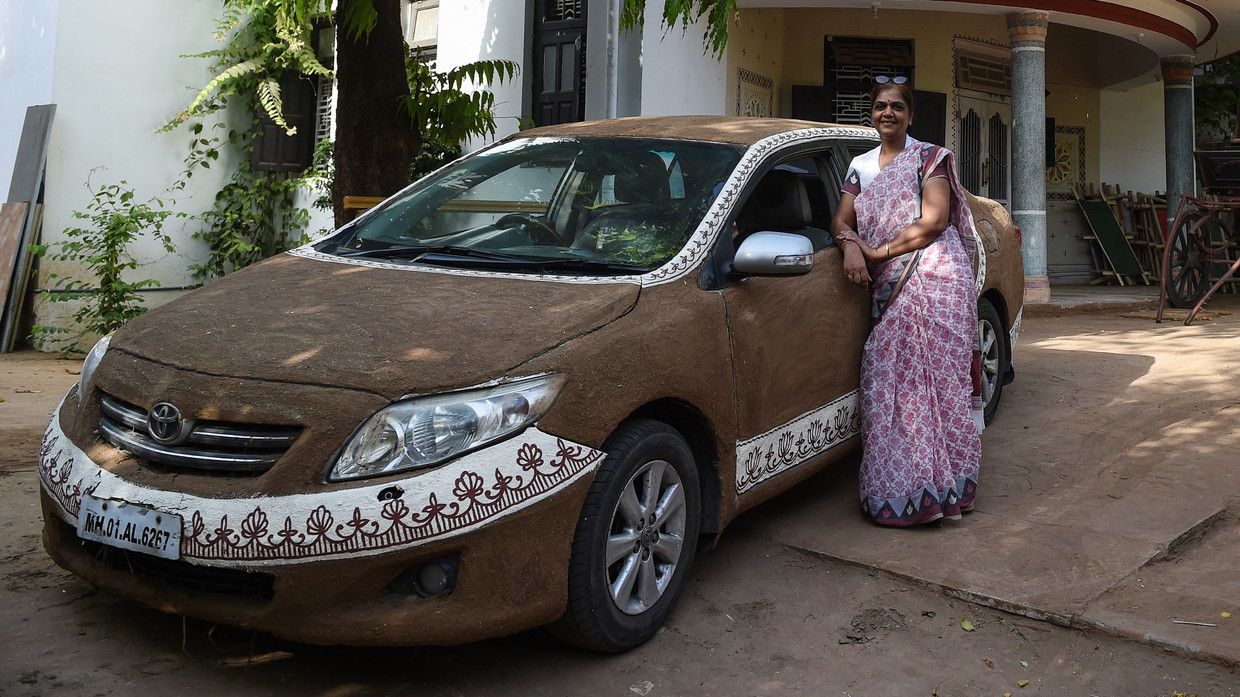 As temperatures rise, people are trying various things to beat the heat. But one resident of Indian Ahmedabad came up with a novel method to keep his car cool in the summer: he allegedly coated it completely with cow dung. Photos of the ‘cooling hack’ were shared on Facebook and they quickly went viral.

Facebook user Rupesh Gauranga Das, who shared the images, wrote, “Best use of cow dung I have ever seen.” He said they photos were taken in Ahmedabad, and added, “To counter 45 degrees heat temperatures and protect car from getting hot Mrs. Sejal shah has plastered her car with cow dung. Getting cool ”

While the user who posted the photo online said he spotted it in Ahmedabad, it’s registration record says it’s based in central Mumbai and registered in the name of Ramniklal Shah.

While the post left many intrigued, others wanted to know how the occupants of the vehicle would deal with the odour from the cow dung. There were some who also asked how much the layer of cow dung cooled the vehicle.

After the photos went viral, news agency ANI met the owner of the car, Sejal Shah who claimed the car is “cool without even air-conditioning”.

“It not only keeps my car cool but also helps in preventing pollution. The harmful gases that are released while we use car AC increase the temperatures and contribute to global warming. I drive my car switching off the AC as the cow-dung keeps it cool,” Sejal Shah told ANI.

“I got this idea as I used to put cow-dung on the floor and walls of my house. It keeps the house cool. Hence I decided to put it over my car,” she said.

Traditionally, in rural India, there is a common practice of applying cow dung on floors and walls allowing it to dry, as it is believed that coating it makes the structure remain warm in winters and cold in summers. Also, as it is a regarded as a natural disinfectant and mosquito repellent, the practice is quite common in villages.