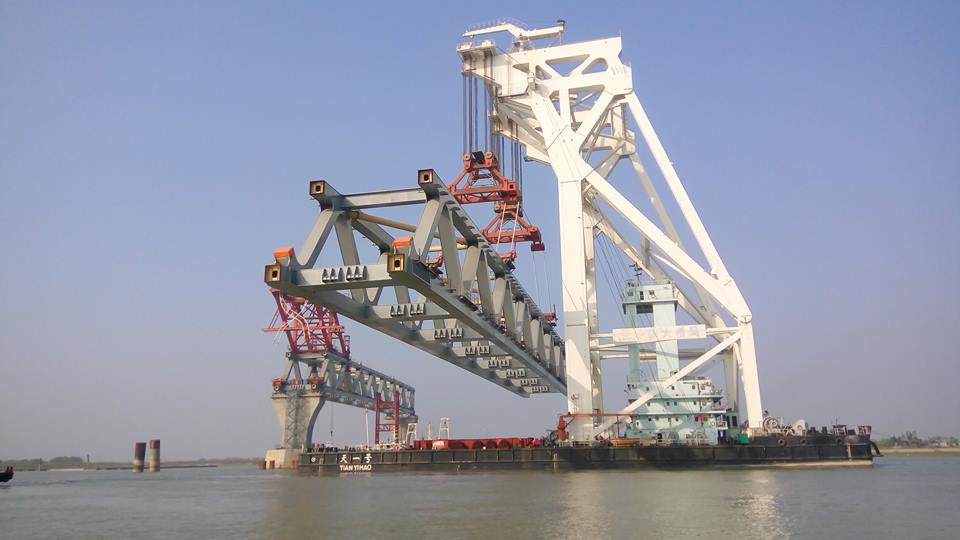 Around 1,950 metres of the Padma bridge is now visible with the installation of its 13th span at Mawa point on Saturday.

However, due to the spans being placed at different modules, the visible parts seem separate, rather than in a row.

Deputy Assistant Engineer of the Padma Bridge Project, Humayun Kabir, confirmed that Span 3B was installed at the Mawa point.

Earlier, the span was transported from the Mawa construction yard, on Friday morning, by the Tiyan E crane – that can bear up to 3,600 tons.

According Padma Bridge Project authority sources, the date for placing the 3B span has changed a few times as the Padma Bridge authorities were behind schedule due to a navigability crisis on the river and because the authorities had been unable to set up lifting hangers at pillar 14.

The Padma Multipurpose Bridge started becoming visible with the installation of 150-metre first span on pillars 37 and 38 on September 30, 2017.

Work on the country's largest bridge started in December 2015.