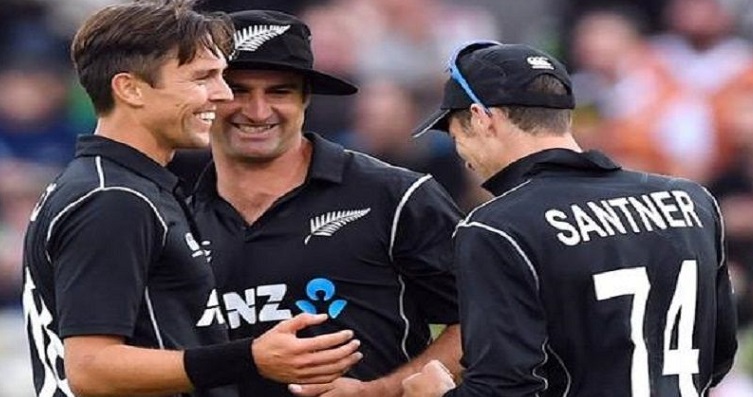 The excitement which built around New Zealand's drive to the Cricket World Cup final four years ago has long subsided and a team under a new coach and captain will endeavor to regenerate that feeling on the other side of the globe.

A sense of national euphoria grew during New Zealand's dramatic run to the final in 2015 before its eventual and deflating loss to Australia in Melbourne.

The mood ahead of this new campaign is not the same; not a confident hope but a small one, brittle but deeply felt.

The 2015 World Cup in Australia and New Zealand produced two of the best one-day matches New Zealand fans have seen: The win over Australia in Auckland in the group stage when swing bowlers Trent Boult and Mitchell Starc were in their pomp, and the win over South Africa in the semifinals, which was recently promoted as the best ODI ever played.

But many of the players who were part of that squad are gone - captain Brendon McCullum, spinner Daniel Vettori, and the allrounder Grant Elliot, who was the match-winner against South Africa. Those who remain are older and this World Cup in England will test whether they are still as influential.

Boult remains the leader of New Zealand's bowling attack, Guptill is a plunderer of runs against weaker attacks but vulnerable against better bowling, and Southee finds wickets harder to come by in one-day cricket.

The rest of the New Zealand lineup is largely untested in World Cup competition and therefore unpredictable.

The captain is Kane Williamson, who is as much a conservative as McCullum was a maverick but less vital to his team's chances. Ross Taylor remains the rock of the middle order, a prolific accumulator of runs in one-day cricket, and Tom Latham and Henry Nicholls provide solidity.

Otherwise, New Zealand will lean heavily on allrounders, and the performance of those players - Colin de Grandhomme, Mitchell Santner, Jimmy Neesham - may determine whether it succeeds or fails.

If it teams Guptill with Colin Munro at the top of the order it has the potential to make explosive starts.

Williamson, Taylor, Nicholls - who will likely open early on - and Latham can stabilize the innings or build on a strong beginning. But the finishing - often crucial - will depend on de Grandhomme, Santner and Neesham.

The seam bowling unit with Boult, Southee, Matt Henry and the fiery Lockie Ferguson is strong. But the spinners, Santner and Ish Sodhi, are relatively untested.

Still, as has been the case so often in the history of the World Cup, New Zealand is the team that almost everybody wants to label as the tournament's dark horse. India and England are favorites, being first and second in the world one-day rankings, and Australia has recently found form again and is boosted by the return of David Warner and Steve Smith.

South Africa, the West Indies, and Pakistan all have claims. But asked to nominate their "second favorite" team, many pundits choose New Zealand.

That may be because for the last several years, and especially under McCullum, they played in good spirit but with a joyous abandon, undaunted by the reputation of their opponents and pursuing every part of the game - batting, bowling, and fielding - with gusto.

In rating the teams, former England captain Mike Gatting expressed the view of many.

"I look at the squads and I do fancy New Zealand to do well," he says. "You can no longer call them dark horses as their players are so experienced.

"They play some great cricket, they always play as a team, and they are well led by Kane Williamson. Ross Taylor is also a fine batsman, and in Tim Southee and Trent Boult they have match-winning bowlers."