Not a joyride: Ridesharing companies failing to serve users 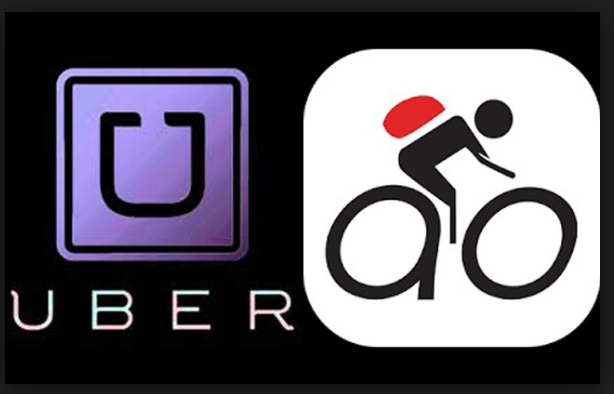 Complaints about poor service quality against ridesharing companies are piling up because of mismanagement and careless attitude of drivers, users and experts say.

It is in stark contrast to the lofty promises with which the ridesharing services entered Dhaka’s market to provide quality services in a city known for its chaotic traffic.

Urban experts say the government should have strong monitoring, rules and regulations in place to force these companies ensure better services for commuters.

They also observed that most of the drivers, especially motorcyclists working with ridesharing companies, drive recklessly flouting traffic rules and causing accidents.

During investigation, police found reckless driving – by both the Uber biker and the covered van driver – was the main reason behind the accident. Police also found that motorcyclist Sumon Hossain used fake address and information when registering with Uber.

Commuters, who regularly use ridesharing services, told UNB that they are disappointed with the quality of services.

Major complaints include reckless driving, drivers misbehaving with passengers and demanding extra money, refusing to go to the desired destination of commuters, and telling commuters to cancel trip request after wasting time and.

Moinuddin Khan, a journalist, said that some of the vehicles used by ridesharing service providers are unfit. “They go out of order halfway through and sometimes the drivers refuse to turn the AC on,” he said, adding that most drivers lack navigation skills.

Tatini Haque, a private company executive, said that Uber and Pathao drivers often pestered her for extra money. “Many of them misbehave with me when I refuse,” she said.

Sometimes the companies charge abnormal fare, she said. “I hailed a car using Uber app to travel to Purana Platan from Mailbag. It showed a bill of Tk 150 but I was charged Tk 260 during my return trip.”

The other big complaint is about helmets. Most of the helmets provided are described as ‘toy helmets’ by many. Users said the helmets are used only avoid police cases.

Urban expert and architect Iqbal Habib said ridesharing companies are running their services as per their whims as the government has no control over them.

“They are doing business illegally without any license and monitoring of the government. They also have no accountability since they’re not registered with Bangladesh Road Transport Authority (BRTA),” he said.

Habib said the government made guidelines for ridesharing services last year but is yet to make it effective.

The guidelines stipulate that ridesharing companies and the owners of the vehicles used for the services must have enlistment certificate from BRTA.

“None of them has been given a certificate as they failed to fulfill the conditions. But the companies are in talks with government to relax the conditions,” he said.

According to information provided by ridesharing companies who applied for BRTA certificate,1,04,389 motorcycles and 18,253 cars are being used to provide services.

He said strong government monitoring and strict enforcement of laws are needed to restore discipline. “The driver partners of ridesharing companies often flout traffic rules and mainly bikers have now become the cause of accidents.”

Prof Nazrul said ridesharing companies should register drivers through proper assessments and provide them necessary training before deploying them. “They should also give importance to customer complaints and take steps to resolve them,” he said.

Joint Commissioner (Traffic-South) of Dhaka Metropolitan Police Mofiz Uddin Ahmed said they are working to bring a change in the traditional attitude of drivers.

About the illegal operation of ridesharing services, he said BRTA is supposed to deal it. “We only check whether the vehicle has valid documents or not.”

Contacted through email, Uber spokesperson said they keep a close watch on their driver partners and take action if they get complaints about violation of rules, regulations and guidelines.

In case of any isolated incident or unpleasant experience, the spokesman urged the riders to use Uber’s in-app feedback method to inform them about the actions that jeopardize the safety of driver-partners and riders.