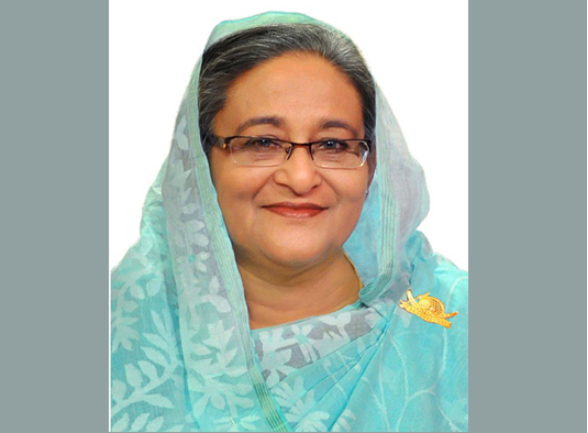 Prime Minister Sheikh Hasina will inaugurate the much-awaited Second Meghna Bridge and the Second Gumti Bridge on the Dhaka-Chattogram highway on Saturday.

“The prime minister will open the bridges through a videoconference from her official Ganabhaban residence tomorrow,” Prime Minister’s Office sources said.

Apart from this, she will launch the new intercity train named “Panchagarh Express” on the Dhaka-Panchagarh route.

Talking to BSS, Abu Saleh Md Nuruzzaman, Project Director of the Kanchpur, Meghna and Gumti 2nd Bridges Construction and Existing Bridges Rehab Project, said with the newly-built Kanchpur Bridge already in operation, the two new additions are expected to bring relief to travelers on the Dhaka-Chattogram highway, especially during this Eid holidays.

The total estimated cost of the three bridges was at Taka 8,487 crore, of which Japan International Cooperation Agency (Jica) provided Taka 6,430 crore.

The cost of the project may be over Taka 1,000 crore less than what was estimated, he added.

As per the contract, the project director said, the Japanese firms began work in January 2016 and it was scheduled to complete within June 2019. “But progress of the work was halted for around four months after the Holey Artisan attack in July 2016,” he added.

So, he said, the government extended the deadline for six months by fixing December 2019.

“But, the construction of the bridges has been completed around seven months before,” he added.

Nuruzzaman informed that the work on the around 400-metre new Kanchpur bridge, with cost of Taka 950 crore, was completed in December 2017.

“The new Kanchpur bridge is two metres wider than the old one. The authority has already started restoration work on the old bridge,” he added.

He said the construction work of the new 930-metre Meghna and 1,410-metre Gumti bridges was completed with a cost of Taka 1750 crore and Taka 1950 crore respectively.

Nuruzzaman also informed that the overpass on the east end of Kanchpur Bridge will be opened to public on May 31 to ease Eid journey.

Dual carriageway between the port city and the capital shrinks to a single one at the Meghna and Gumti bridges. The old Kanchpur Bridge is technically a dual carriageway but its width is not adequate.

Given this situation, traffic often crawls to a halt at the approaches to the bridges. The situation worsens ahead of Eid and during weekends as more vehicles ply the roads.

Travelers and truckers can find themselves stuck on the 192-km highway — the busiest in the country — for 10 to 12 hours, instead of the expected five hours.