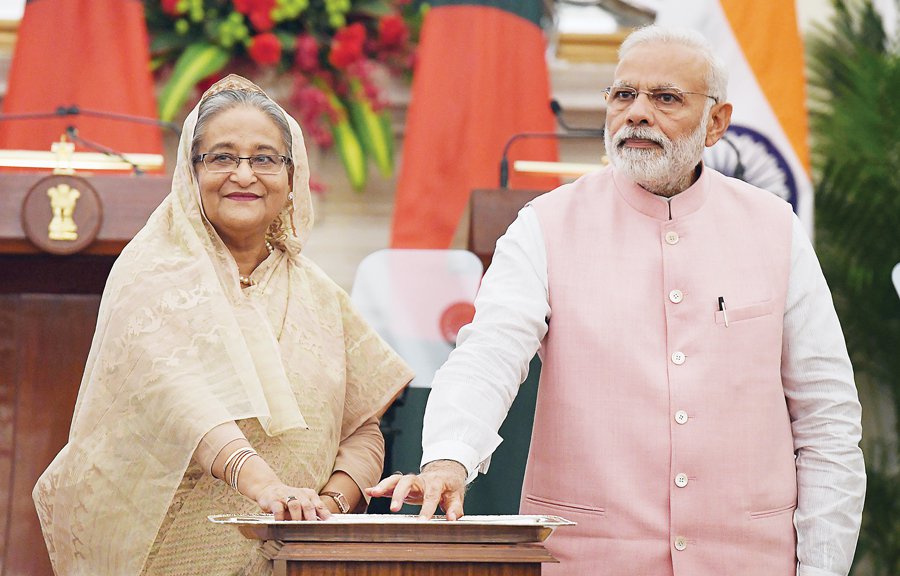 India has termed Prime Minister Sheikh Hasina’s telephone call to greet his Indian counterpart Narendra Modi on his victory in the Lok Sabha Elections- 2019 as a “reflection of the extraordinarily close and cordial ties between the two neighbours”.

“Bangladesh Prime Minister Sheikh Hasina became one of the first foreign leaders to congratulate the Prime Minister, thus reflecting the extraordinarily close and cordial ties between India and Bangladesh, and the excellent rapport that the two leaders enjoy,” according to a statement issued on Thursday evening by Indian Prime Minister’s Office in New Delhi.

“The two leaders pledged to continue to raise the India-Bangladesh relationship to unprecedented new heights,” the statement read.

Sheikh Hasina phoned Modi yesterday evening to extend her heartiest congratulations to him on the resounding victory of the National Democratic Alliance (NDA) led by Bharatiya Janata Party (BJP) under his dynamic leadership in the 17th Lok Sabha elections.

During the five-minute telephonic conversation, they also recognised the importance of rapidly completing ongoing plans for deepening the partnership in security trade, transportation, energy and people-to-people ties, the statement said.

“Doing so within the next three years would have specific significance in view of the birth centenary of Bangabandhu Sheikh Mujibur Rahman in 2020 and the 50th anniversary of Bangladesh’s Liberation in 2021,” it added.

The two leaders, the statement said, also agreed to identify dates for a meeting at the earliest to resume work in service of the bilateral relationship.

During the conversation, Sheikh Hasina told Modi that “This emphatic verdict is a reflection of the trust and confidence reposed on you by the people of India.”

Describing the victory as historic one, she said the people of South Asia will be happy over this win and they could work together.

The prime minister, in the conversation, invited Narendra Modi to visit Bangladesh and wished him success and good health and a long life.

Earlier in a congratulatory message to Modi, Sheikh Hasina said Bangladesh attaches highest importance to its multifaceted relations with India which is driven by genuine goodwill, mutual trust and respect.