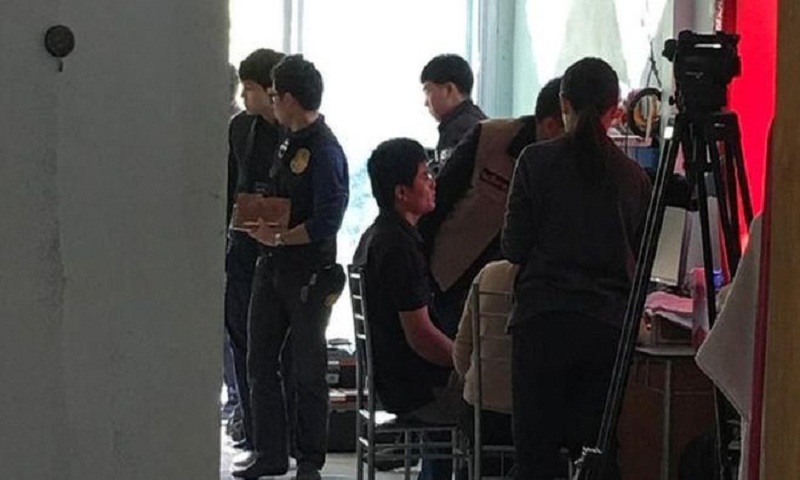 Fifty children have been rescued and nine people arrested after an Interpol investigation into an international paedophile ring.

The arrests were made in Thailand, Australia and the US and more are expected, Interpol said.

The investigation began in 2017 and focused on a hidden "dark web" site with 63,000 users worldwide.

Police believe 100 more children have suffered abuse and are working to identify them.

Operation Blackwrist was launched by Interpol after it detected images showing 11 boys aged under 13 being abused on a site where people can use encrypted software to maintain secrecy.

The dark net is an internet area beyond the reach of mainstream search engines.

The US Homeland Security Investigations (HSI) department traced the IP address of the website, which was hosting photos and videos of abuse.

Police say the abusers uploaded new images on a weekly basis and often masked the children's faces to make it harder for investigators to identify them.

The first arrests came last year, when the site's main administrator, Montri Salangam, was detained in Thailand, and another administrator, Ruecha Tokputza, was caught in Australia.

Salangam, who abused one of his nephews, was sentenced to 146 years in prison in Thailand, while an accomplice, a pre-school teacher, got 36 years.

Tokputza was sentenced to 40 years on Friday after pleading guilty to 51 charges against 11 babies and boys, the heaviest sentence ever handed down in Australia for child sex offences.

Police found thousands of images taken in both Thailand and Australia on his devices. In some of them Tokputza was the main abuser. The youngest victim to be identified was 15 months old.

"You are a child's worst nightmare, you are every parent's horror, you are a menace to the community," Judge Liesl Chapman said in Adelaide.

The identities of the others arrested are yet to be released, but some are residing in the US and held public positions of trust, said Eric McLoughlin, the HSI's regional attache in Bangkok.