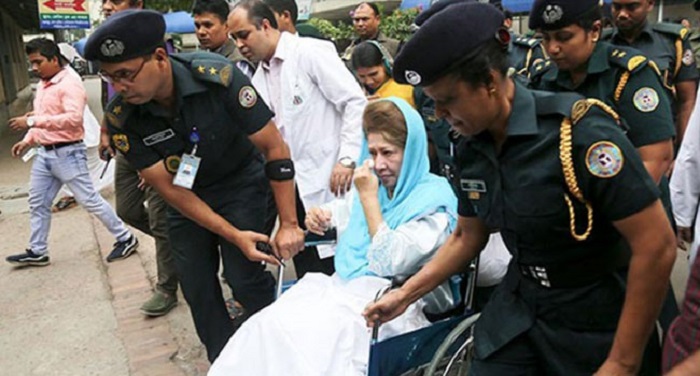 The BNP senior leader disclosed this while briefing on the current political situation of the country in a press conference held at BNP chairperson's Gulshan office at 11:00am Friday.

“The government is trying to kill BNP chairperson Khaleda Zia in jail by resorting to various tricks,” Fakhrul alleged in the conference.

The BNP Secretary General also argued that Khaleda Zia deserves bail in the cases she was convicted, the government is depriving her of it.

He also said their party wants the country’s apex court to grant bail to Khaleda upholding her rights.

“We think, the government is showing an inhuman attitude towards Khaleda by depriving her of her legal rights. It’s also tantamount to violating the constitution,” Fakhrul added.

After returning, he held a press conference to brief on the current political situation of the country today.

BNP senior leaders were present in the press conference.