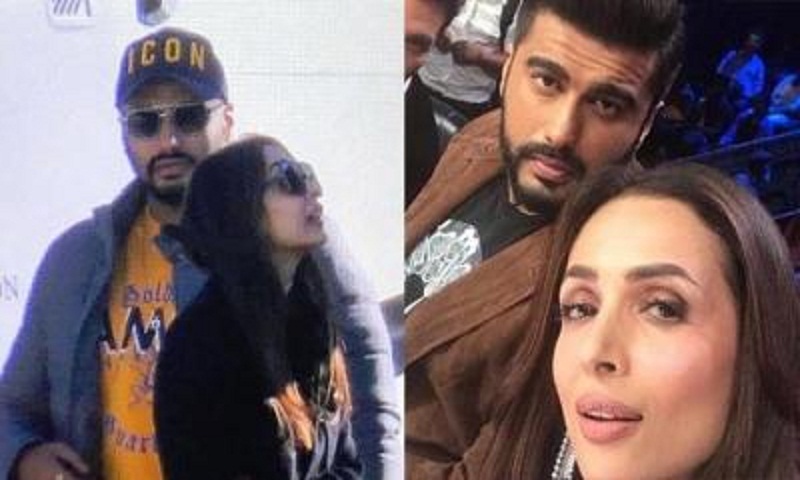 Rumoured couple Arjun Kapoor and Malaika Arora may not say it in as many words but their PDA continues. At yet another screening of his upcoming film, India’s Most Wanted, the alleged couple was spotted together and looked comfortable in each other’s company, reports HT.

Wearing a blue flared denim pants and a white top, Malaika looked comfortably stylish while Arjun kept it simple in a T-shirt and a pair of jeans. In a number of pictures, Arjun can be seen escorting Malaika; in some pictures, he has his arm around her waist.

The speculation about Arjun’s rumoured wedding with Malaika has been on since March this year. However, both the actors have steadfastly refuted such rumours. Speaking to Spotboye, Arjun recently stated that while he understands media frenzy around his wedding, he added that as and when he decides to get married, he will announce it.

“Whenever I do, I will decide and I will tell people. Of course, I believe in the institution of marriage. I feel when I am ready to give it 100 per cent, I will. Today, it is not the need of the hour for me. Today, what is important for me is to build something; I have had a roller-coaster life. I need some stability and I would like to see where this stability takes me.”

The screening of India’s Most Wanted, directed by Raj Kumar Gupta, was attended by many other Bollywood celebrities including Arjun’s good friend Ranveer Singh, Anushka Sharma, Arjun’s sisters Janhvi Kapoor and Anshula among others.