Hope I get to work with Leonardo DiCaprio again: Brad Pitt 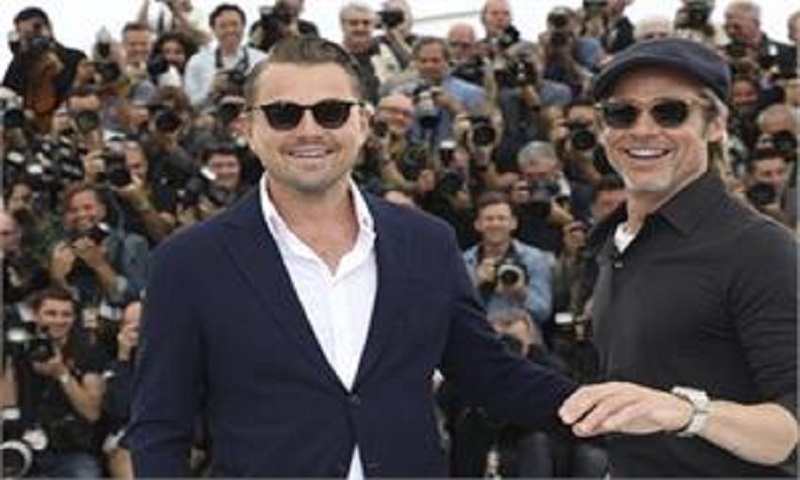 Brad Pitt says he would love to work with his "Once Upon a Time in Hollywood" co-star Leonardo DiCaprio again.

The Quentin Tarantino directorial is the first collaboration between the two Hollywood stars and Pitt, 55, said they had a "fun" time working on the film.

"It was great, great ease, fun. I had a great laugh with him. And it's that thing of knowing you got the best of the best on the opposite side of the table holding up the scene with you, reports PTI.

"There's a great relief in that. We kept the same reference points, we came on (the sets) at the same time, had similar experience to laugh about. I hope I get to do it again," he told reporters.

According to Variety, the actor was speaking at a press conference at the ongoing Cannes Film Festival.

DiCaprio, 44, echoed Pitt's sentiments, calling him "a terrific actor" and "a professional".

He said the fact that Tarantino worked thoroughly on the backstories of the characters they play in the film helped them settle in as co-stars more easily.

"We kind of grew up in the same generation, got our start around the same time. Quentin gave us an incredible back story for our characters. He literally came to us with a bible that they had worked to put together about the friendship that they shared. What they have been through in the industry, they are now on the outskirts.

"There's sort of a new era in Hollywood and they are outsiders. That sort of fed into this immediate ease and comfort that he and I had with another and look. So when Quentin puts you in these improvised scenarios, we have a good foothold on the history of our characters. I think we together forged a great cinematic bond in a film about our industry together," the actor said.

The film, which had its world premiere at Cannes, is billed as Tarantino's ode to the Hollywood of his childhood and explores how the Golden Age of the industry came to an end with the murder of actor Sharon Tate at the hands of the Manson Family cult in 1969.

It features DiCaprio as Rick Dalton, an ageing, out-of-work actor, with Pitt playing his longtime stunt double named Cliff Booth. The two characters happen to be the neighbours of Tate, essayed by Margot Robbie in the film.

The film releases in July.