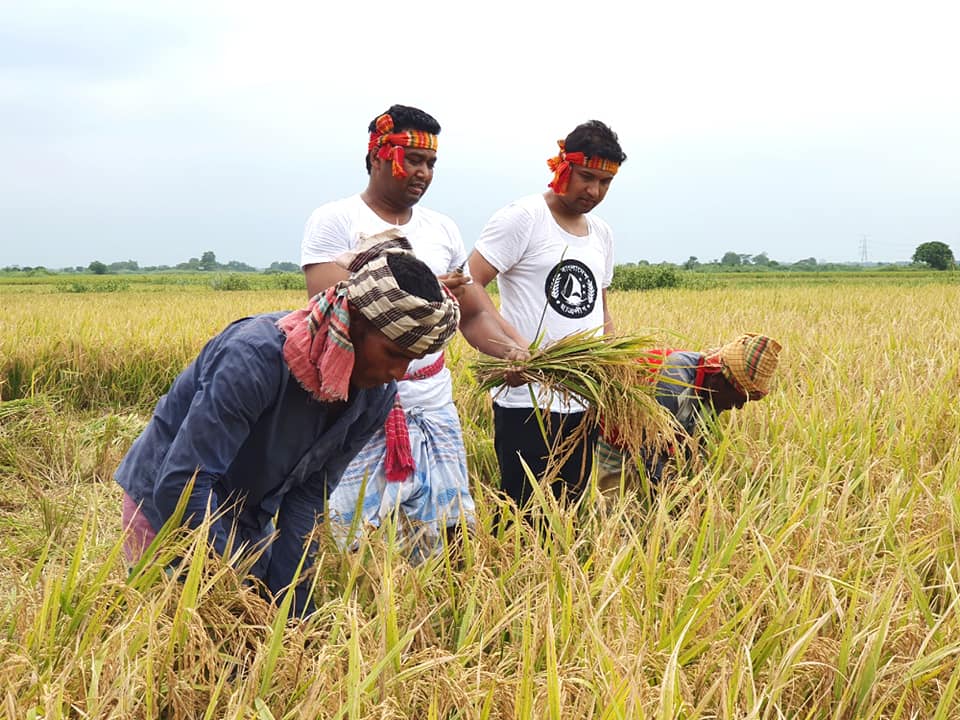 Following the footsteps of his organization’s general secretary, now the president of Bangladesh Chhatra League Rezwanul Haque Chowdhury Shovon joined poor farmers in harvesting their paddy from the field in Nimtoli area in Sirajdikhan upazila of Munshiganj.

Earlier in Wednesday, in a rare move, general secretary of Bangladesh Chhatra League Golam Rabbani along with local leaders of the organisation joined poor farmers in harvesting their paddy from the field in Amin Bazar area, on the outskirts of the capital.

Under this circumstance, the BCL early Wednesday instructed it followers all over the country to help farmers in paddy harvesting.

Over the past three weeks, a bountiful harvest has been overshadowed by the grief, and travesty of rice farmers throughout Bangladesh.

Protests have erupted in villages, towns, districts, and in Dhaka as well. In some areas, a standout form of protest has been to set a rice field on fire in order to send a very clear message: selling at current prices is the worst option.

Amid the labour shortage, Deputy Commissioner of Chuadanga, Gopal Chandra Das shown his support for marginalized and helpless farmers by harvesting paddy alongside labourers.