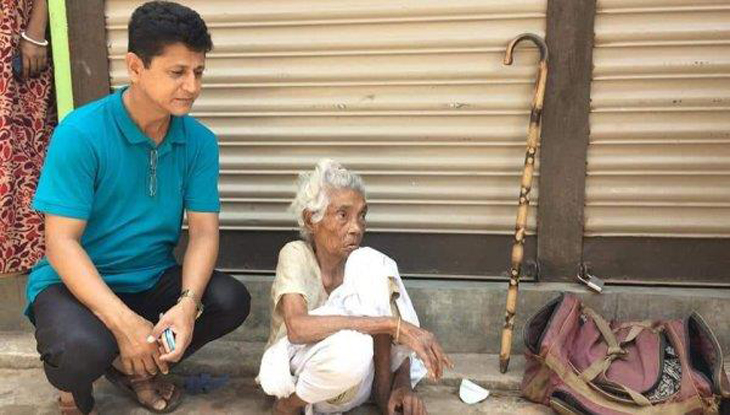 In an inhuman act, a 90-year-old woman was thrown out on the road by one of her son.

The cruel incident happened on Tuesday night in Masterpara area of Feni Town.

The commuters, who observed the travails of the nonagenarian woman named Swadeshi Shaha, rescued, and returned to her son’s home.

Swadeshi Shaha, wife of late Profulla Shaha, had four sons – Diman Shaha, Bipul Shaha, Babul Shaha and Manish Shaha. Of them, one is now residing in India, one in Dhaka, one in village home and rest in Feni. All of them are established. But no one was interested the take the responsibility of their mother. So, she was living in her village home in Senbagh upazila of Noakhali after the demise of her husband.

For last some days, Swadeshi Shaha was staying with her younger son Manish Shaha in Feni town.