Mashrafe insists Bangladesh can beat any team in the world 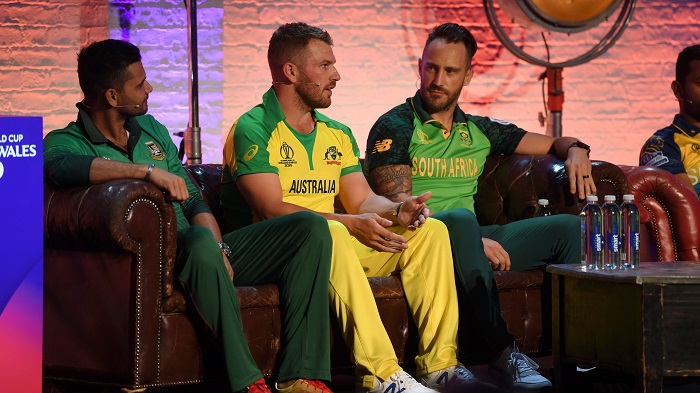 Bangladesh captain Mashrafe Bin Mortaza on Thursday stated matter-of-factly that the Tigers are now capable of beating “any team in the world”.

The Tigers’ skipper obswerved this while appearing alongside his fellow captains at the official pre-event press conference for the captains of each team participating at this year’s World Cup.

The press conference was held Thursday in London. All ten captains were presented at the programme.

“Cricket is a game in which any team can beat any opponent. A team like us can exploit the chance if they can ensure a good start to the match. We have the firm belief of beating any team in the world. However, everything depends on a good start,” Mashrafe said when he was asked about the changed mindset of the Tigers.

“We have a good bunch of cricketers. Besides the senior cricketers, we have some young lads who have been playing smart cricket at any stage. We really have a good team with the combination of young and experienced campaigners. We displayed a good brand of cricket in the last series in Ireland as well. Now, we have to start it well in the World Cup when we play the first match against South Africa,” Mashrafe also said during the programme which was broadcast through social media.

The anchor of the programme, at a point, asked Mashrafe if he gets a chance to include another player in the squad from any country who would be the pick. At this moment, Mashrafe told the name of Virat Kohli- the captain of India in the World Cup.

Asked whether he was feeling any nerves as the tournament got nearer, Mashrafe came up with a cool-headed response that showed his increased maturity once again.

“This is (playing in the World Cup) not a new affair for me. I think everyone here will say the same thing. As I said earlier, everything depends on the mental preparation. We are really excited as the World Cup is so close now. It is important for us to start well,” Bangladesh captain responded.

The latest edition of the World Cup will be Bangladesh’s sixth appearance in cricket’s showpiece event. In their first 5 appearances, Bangladesh achieved its best result in the last World Cup which took place in Australia and New Zealand, where the Tigers played the quarter-final against India. Before that, they knocked England out of the World Cup on their way to the last 8.

This time around, the Tigers are well-equipped to do more damage to the opponents. Right before the World Cup assault, the Tigers won their first winners’ trophy in a multi-national event- a tri-series in Ireland- beating West Indies in the final by five wickets. The triumph came as a big confidence booster for the Tigers, as they went unbeaten through the five games, comfortably winning 4 while one game was curtailed by rain.

Mashrafe and his men will start the World Cup journey against South Africa on June 2 at the Kennington Oval, London. The Tigers will be at the center of high expectation on the World Cup.