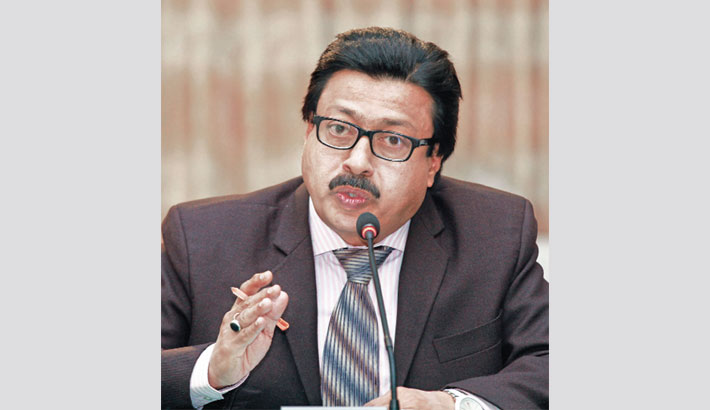 Professor Dr. M. Wahiduzzaman, the present Vice Chancellor, Noakhali Science and Technology University (NSTU), Noakhali, Bangladesh is one of the most interesting personalities of our time. He is an academician, educationist and administrator. He is also a noted public intellectual, media personality and change-maker in our society. Additionally speaking, Dr. Wahiduzzaman is a visionary who seeks to turn NSTU into one of the top ranked universities in Bangladesh and in the wider world. Simultaneously, he wants to change the culture of higher education in Bangladesh with his vision, charisma, indefatigable endeavor, expertise, and unparalleled activism. What moves him is the higher calling in his life. A cosmopolitan thinker as well as activist, Dr. Wahiduzzaman was recently given ‘The Friend of the Humanity” award by the Research Center for World Buddhist Cultures (RCWBC) at Ryukoku University, Kyoto, Japan for his relentless fight against communalism and thereby championing the cause of humanity.

Born to the parents, Mrs. Halima Ahmed and Mr. Azharuddin Ahmed on 1st September, 1964 in the Kathalia Upazilla, Jhalakhati district (formerly Barisal district), Dr. Wahiduzzaman, a gifted child, showed early signs of success in life. He was also different from other children. No doubt, he was born into a religious family but his upbringing took place in a totally non-communal environment. From his early childhood, he was imbued with the finer attributes in life such as humanistic social and moral values, mutual respect for each other, progressive political consciousness and non-communal spirits. As a child, he was also influenced by the spirits of political activism of his father and he participated in political rallies either knowingly or unknowingly in the late 1960s.  As a child, he was often heard chanting the much popular slogan of the time, “Let’s us break the lock of the prison and free Sheikh Mujibur Rahman,” the imprisoned leader of Awami League in the late 1960s.

Schooled into the Bihari Pilot High School, Bhandaria, Dr. Wahiduzzaman received his higher secondary education from the famous Brozomohan College in Barishal. He received his LL.B and LL. M degrees from Dhaka University (DU). However, later he studied education and received an M. A. degree in education with a first class first position from his alma mater. At last, he went to England for higher studies and completed his doctoral studies. The topic of his doctoral dissertation was “The Role of Mass Media in Non-Formal under the Education in Bangladesh with special regard to Television and Radio” which he completed in 2005 under the supervision of Emeritus Professor Dr. W. G. Morgan at the University of Nottinghamshire, England. An accomplished scholar, Dr. Wahiduzzaman has already published 23 research papers in different national and international journals to his credit. He has also presented a series of research papers in different national and international seminars. An active educationist, he has been involved in a number of academic bodies in different capacities dedicated to improve the quality of higher education in Bangladesh.

It is true that Dr. Wahiduzzaaman was too young to join the Liberation War in 1971. However, a diehard secularist from his early childhood, he resisted the Rajakars along with other villagers led by his father when this infamous paramilitary force, raised by the occupying Pakistani army, tried to burn down the nearby Hindu village during the war in 1971. He was also much familiar with the events of the Liberation War from his village freedom fighters, who instilled into him the values of patriotism and independence in his early life. Moved by one of the cruelest tragedies in history such as the heinous assassination of Bangabandhu, the father of the nation and of his family in mid August, 1975, Dr. Wahidzzaman became heavily involved in protest politics at his tender age. He also turned much vociferous, defying the military junta headed by General Ziaur Rahman. As a result, he, being imbued with the ideals of Bangabandhu Sheikh Mujibur Rahman, became involved in the politics of Chattra League, the student wing that Bangabandhu founded in 1948. He actively participated in the anti-Ershad student movement for the restoration of democracy in the 1980s. 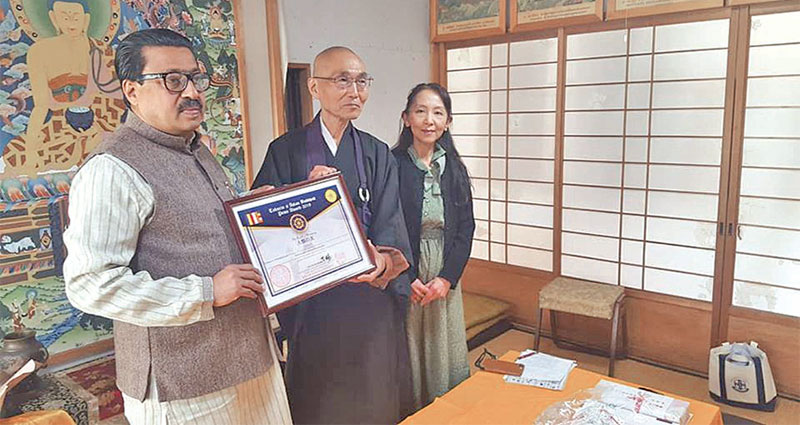 Dr. Wahiduzzaman was elected as Secretary of the Dhaka University Students’ Union (DUCSU) in 1989 with an overwhelming number of votes. In 1990, he played a leading role in the students’ movement that led to the fall of the then autocratic ruler of Bangladesh, Gen. H. M. Ershad. During his doctoral studies, he was elected President of the Nottinghamshire University Post Graduate Students’ Union, the United Kingdom. What moved him amidst these life-shaping incidents and adversities are the ideals of Bangabandhu and the spirit of the Liberation War.

In professional life, Dr. Wahiduzzaman joined as a Lecturer in the Institute of Education and Research at DU. But his activism which propelled him to serve the higher cause of humanity did not stop here. When the minority community of Bangladesh became victim of the atrocities orchestrated by the Bangladesh Nationalist Party (BNP) following its controversial election victory in 2001, Dr. Wahiduzzman raised voice of protests as part of his secular activities. He also played a leading role when the military backed regime of Bangladesh sought to torture both DU students and teachers following its infamous 1/11 take-over in 2006. His wife, Mrs. Jinat Huda, a teacher of the Department of Sociology, DU and a sociologist in her own right, also joined him as a co-fighter in his protest against the military-backed government.

When Ms. Sheikh Hasina, our current Prime Minister as well as daughter of Bangabandhu Sheikh Mujibur Rahman, was arrested by the same military-backed government in 2007, Dr. Wahiduzzaman gave leadership in a protest movement with a view to getting Ms. Hasina released from jail as a part of the movement for restoring democracy in the country. To be sure, while most of the teachers of DU only minded their own careers and preferred to remain silent against autocracy backed by the military, this young scholar sacrificed his personal comforts and led a relentless movement for the restoration of democracy. Meanwhile, Dr.   Wahiduzzaman was elected as the Secretary of DU Teachers’ Association with an overwhelming number of votes in 2012 and he successfully acted as the Secretary of this body during the 2012-2013 session.

On June 2, 2015, President of Bangladesh as well as the Chancellor of universities, Abdul Hamid appointed Dr. Wahiduzzaman, the 4th Vice Chancellor of NSTU which was then grappling with leadership crisis as a young institution of higher education. An educationist and academician, Dr. Wahiduzzaman has already left his mark on NSTU through his vision, unmatched activism, and unique leadership. A series of initiatives such as founding new departments, constructing new buildings, recruiting a host of new teachers, and creating new opportunities for teachers, students and staff are, in fact, revolutionary and thus changing the very face of NSTU. NSTU will hopefully carve out a niche among universities at home and abroad given his continued leadership.

Dr. Wahiduzzaman’s non-communal and egalitarian approach to both life and leadership has also been very evident throughout his activist life. He has been building NSTU as a cosmopolitan university, recruiting teachers and staff from all walks of life. His emphasis has been on the disadvantaged groups such as minority communities and different ethnic groups living at the margins in our society while recruiting both teachers and staff for NSTU. He has already taken an initiative to establish a Welfare Fund for the staff of NSTU. He has also developed a plan for the distribution scholarships to one hundred meritorious students to mark the birth centenary of Bangabandhu Sheikh Mujibur Rahman.

When the Bhuddist community became a victim of the atrocities of local people in Ramu in 2012, Dr. Wahiduzzaman was at the forefront to protest against this communal frenzy. He presented a paper on atrocities against the Rohingya community in Rakhine in Mayanmar at the first Bongamatta Fazitulnessa International Conference organized by the Japanese Research Center for World Buddhist Culture (RCWBC) in June 2017. Following his presentation, the Buddhist Community of Japan condemned the atrocities against the Rohingya community. It deserves a special mention here that NSTU is the first university in Bangladesh which has taken an initiative to build places of worship for all communities under his secular leadership. His unique leadership and role as one of the champions of humanity have already drawn attention of various institutions at home and abroad. As a result, various foreign universities are seeking to sign Memoranda of Understandings (MoUs) with NSTU. Some are also seeking to reward his befitting humanitarian leadership. The Research Center for World Buddhist Cultures (RCWBC) at Ryukoku University, Kyoto, Japan is one such organization. This Japanese institution awarded him with the “The Friend of Humanity” award in April 2019. Indeed, it is an appropriate tribute to his humanitarian cause. It should be noted here that Dr. Wahiduzzaman is the first recipient of this internationally renowned award.