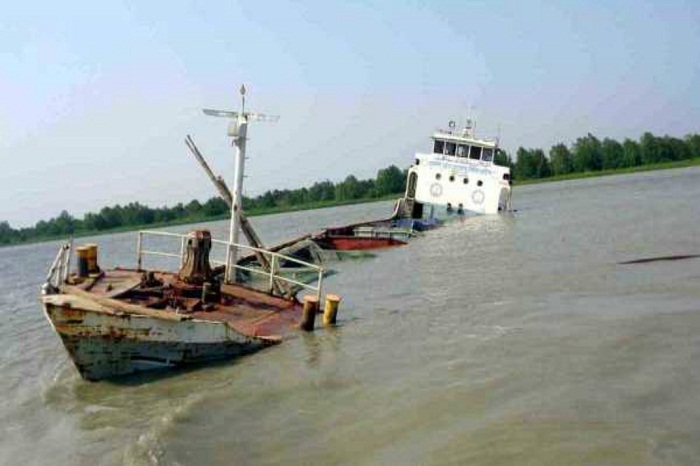 A lighter vessel capsized in the Karnaphuli River near Karnaphuli 3rd Bridge on Thursday morning.

The lighter vessel was carrying 1,100 tonnes of imported stone.

According to police and witnesses, the crewmen numbering 13 are now in safe as they jumped on to adjoining boats and vessels sensing danger,

Mohammad Alamgir, officer-in-charge (OC) of Karnaphuli Police Station said MV Sea Crown that remained tied to a private terminal near Old Ferryghat at Isanagar on the south bank of the river capsized into the river around 9:30am after a crack developed on its button.

After loading stones from a mother vessel MV Bravo Trader at the outer anchorage of Chattogram Port, the lighter vessel reached the terminal Wednesday evening and was waiting there for the unloading, which was supposed to start this morning, said MA Rony, secretary of the office of Bangladesh Lighterage Workers Union.