Khalid Hossain’s namaj-e-janaza held in city, to be buried in Kushtia 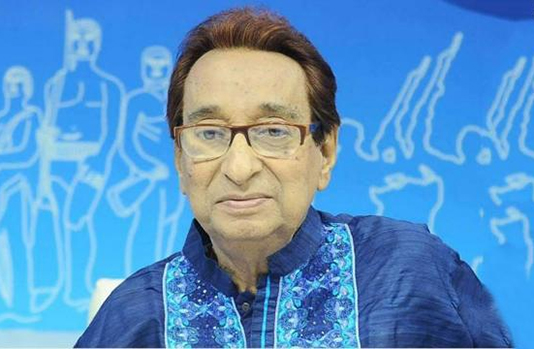 The namaj-e-janaza of eminent Nazrul sangeet singer and researcher Khalid Hossain was held in the capital. After janaza of Khalid Hossain, his family has started journey to Kushtia with the body.

According to family sources, the Ekushey Padak winning Nazrul sangeet singer will be buried at his village home in Kushtia.

The first namaj-e-janaza of Khalid Hossain was held at Baitul Aman Minar Mosque of Mohammadpur in the capital after Fazr namaz on Thursday while the second janaza was held at Nazrul Institute in city at 10:30am on Thursday. The vehicle carrying the body of the singer started its journey towards Kushtia at 11:30. Another janaza of Khalid Hossain is supposed to be held in Kushtia after reaching the body there.

He worked as a teacher and examiner of Nazrul Sangeet at various universities and institutions including Dhaka University and National University.

He was born in Krishnanagar of West Bengal, India in 1935. He was a member of the Nazrul Notation Authentication Board at the Nazrul Institute. In his long career of six decades, Khalid credited many Nazrul Sangeet albums.

He was awarded with Ekushey Padak in 2000. Besides, he received many awards including Nazrul Academy Padak, Shilpakala Academy Padak and Churulia Padak from West Bengal.