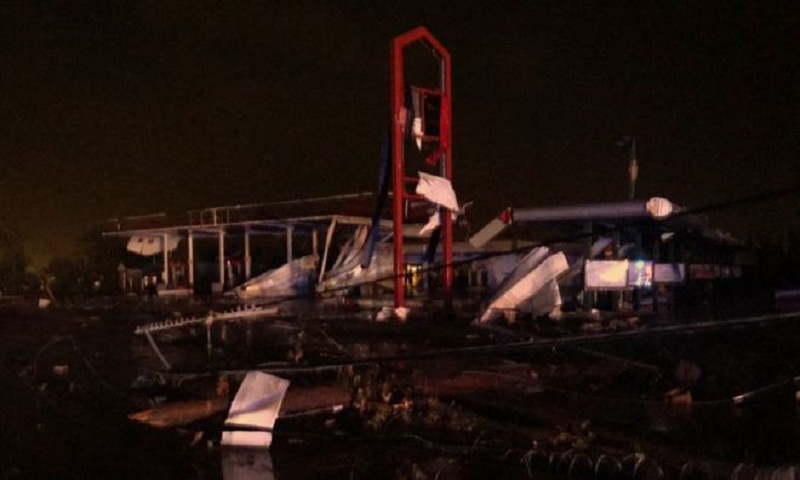 At least three people have been killed as tornadoes sweep across Missouri in the US Midwest, local officials say.

Extensive damage has been reported around the state, and thousands are believed to be without electricity. Storms also hit Oklahoma and Texas.

Emergency sirens were activated in Jefferson City, and the storm was spotted 20 minutes later.

More storms are expected to hit the Midwest on Thursday and Friday.

Emergency officials have warned of flash flooding, and are reportedly carrying out door-to-door searches amid reports of trapped residents.

Earlier, the US National Weather Service issued a rare "high warning" for severe storms in the region.

"It's a chaotic situation right now," Jefferson City Police Lt David Williams told reporters. "We need people who are not affected to stay out of those areas".