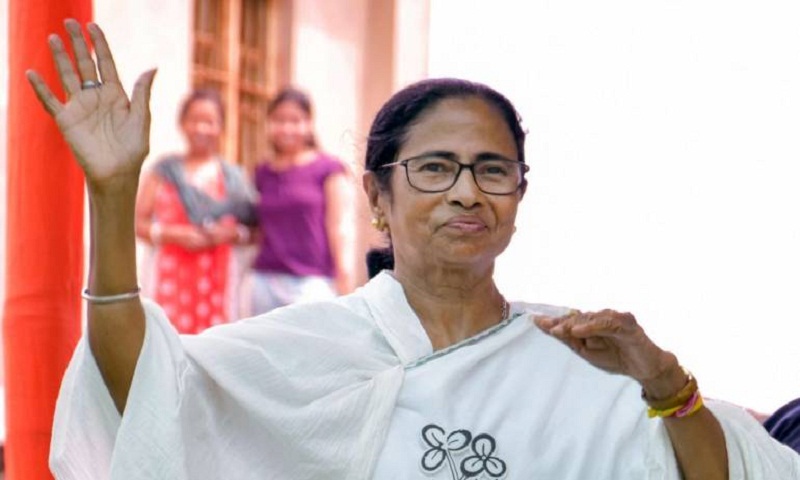 The Bharatiya Janata Party (BJP) seems to be making deep inroads into West Bengal by leading in 16 seats, while Mamata Banerjee's Trinamool Congress is currently ahead in 25 seats in the state.

The Congress is leading in one constituency, while the Left is yet to take a lead in any of the 42 constituencies.

As per initial trends, the TMC has so far secured 44.61 per cent votes, closely followed by the BJP, which has bagged 38.99 per cent votes.

The CPM and the Congress have garnered a meagre 6.66 per cent and 5.44 per cent share of the pie respectively.

In the outgoing 16th Lok Sabha, the TMC has 34 seats in West Bengal, whereas the BJP has only two.

The Congress and the CPM-led Left Front have four and two seats respectively.

Union minister Babul Supriyo is leading in Asansol constituency by 54984 votes against Moon Moon Sen of the TMC.

Union minister and BJP candidate S S Ahluwalia is leading by 23444 votes against Mamtaz Sanghamita of the TMC in BurdwanDurgapur Lok Sabha seat.