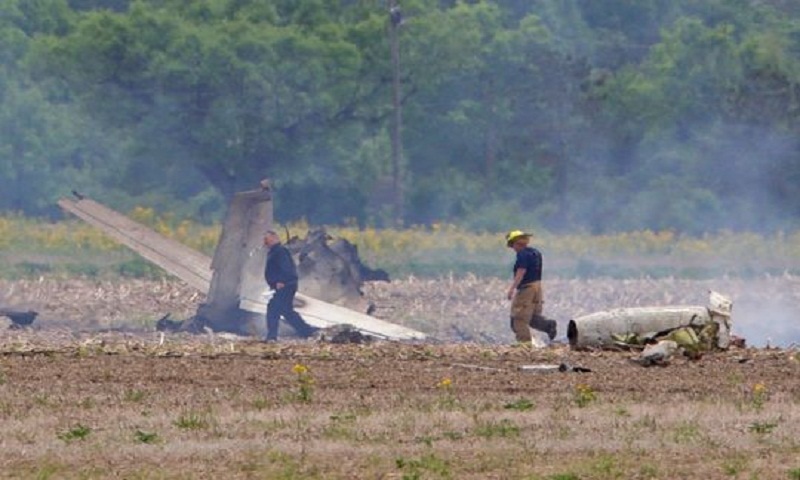 Sgt. John Perrine says the crash happened shortly before 1 pm near Indianapolis Regional Airport, about 15 miles (24 kilometers) east of the city. He says the plane crashed shortly after taking off, and the two people who were on board died. Their names haven't been released.

Cory says FAA investigators were traveling to the site, and the National Transportation Safety Board has been notified.