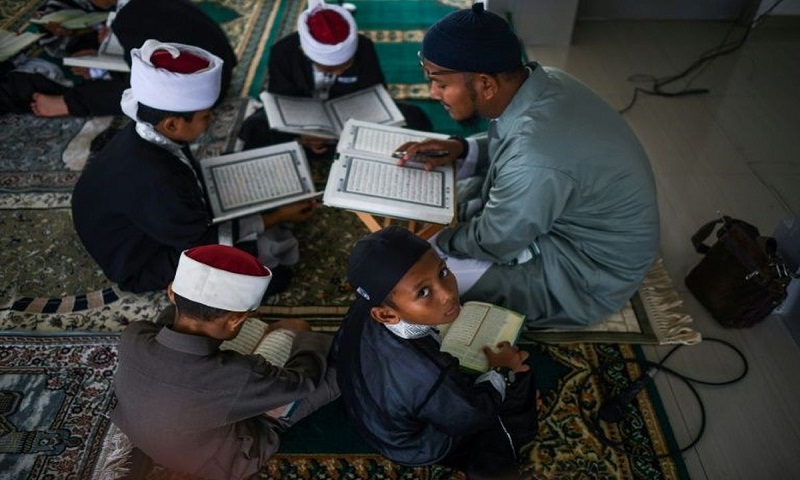 Dressed in robes and chanting in Arabic, scores of Malaysian Muslim children read the Koran aloud in a mosque to mark a special date in the Islamic calendar.

About 80 people, mostly Islamic school students, gathered near the town of Bentong to observe Nuzul Quran when Muslims believe the beginnings of the Koran were revealed to the Prophet Mohammed.

The date falls during the holy month of Ramadan when followers of Islam fast from dawn to dusk.

“The word ‘Nuzul’ means ‘to come down’,” said the students’ teacher and principal Roslan Mohamad Esa as he led them in reciting on Wednesday.

“Our Prophet (Mohammed) received the Koran, Allah sent down the Koran… to the Earth.”

Student Nurul Atikah Syazwani Risyadi added: “The day of Nuzul Quran is an important day where it shows that we are confident in the revelation of the Koran.”

It is celebrated in Malaysia on the 17th day of Ramadan, the anniversary of a date in the seventh century when the angel Gabriel is said to have appeared to Mohammed in a cave near Mecca and started revealing the Koran to him.

According to Muslim beliefs, Mohammed continued to have revelations over a period of more than 20 years.

Some sixty per cent of Malaysia’s 32 million population are Muslim, although the country also has significant Hindu, Buddhist and Christian communities.