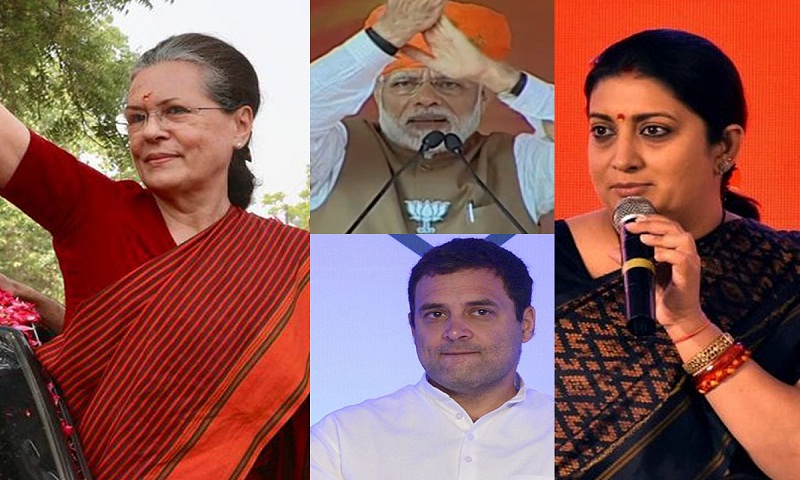 The BJP was ahead in three of the four crucial constituencies in Uttar Pradesh, including Amethi – the seat of Congress president Rahul Gandhi, as the election results 2019 kept coming.

At the time of writing, BJP candidate Smriti Irani was leading by a margin of over 6290 votes in Amethi. She had lost the seat in 2014 to Gandhi. But BJP reposed its faith on Irani in the seat which has always voted for the Congress.

In Gorakhpur, the BJP appeared to be wresting the seat back from the SP, with party candidate Ravi Kishan garnering 186743 votes in his favour. The percentage of votes cast in his favour at the time of writing was 59.38 per cent. Rambhual Nishad of SP had got 113577 votes (of the total counted so far) in his favour.

There was no surprise in Varanasi as Prime Minister Narendra Modi maintained a healthy lead of 112476 over his closest opponent. He secured 64.5 per cent of the votes counted.

Surprisingly, the second place was occupied by Shalini Yadav of SP. Congress candidate Ajay Rai was in the third place.

UPA chairperson Sonia Gandhi was leading from Rae Bareli. She had got 55.08 per cent votes counted in her favour. Dinesh Pratap Singh of BJP was trailing with 51616 votes of the total counted.