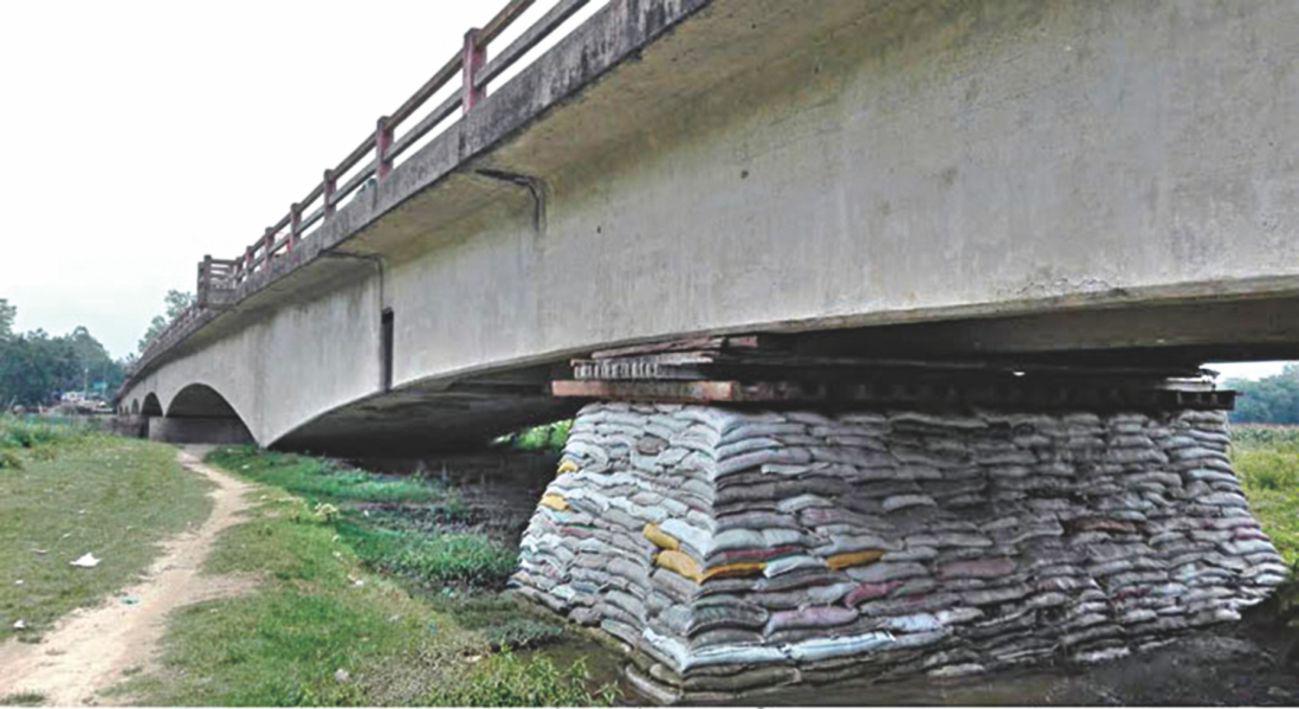 The vehicular movement on Cox’s Bazar-Chattogram highway has been disrupted after a bridge over Matamuhuri River in Chakoria collapsed on Wednesday night.

The middle portion of the bridge which named after the river sagged at Wednesday midnight further.

Thousands of passengers and numbers of vehicles have been stranded in the both part of the bridge.

Roads and Highways Department (RHD) source said that it will take 8-10 hours to make the bridge usable for vehicular movement.

Earlier, a portion of the bridge sagged in 2017.

The fitness of the Matamuhuri Bridge, constructed in 1964 to span the river of the same name in Cox's Bazar's Chakoria upazila has been of concern for the past six years, when the large moulded section of the bridge first began to subside in 2017.

The Roads and Highways Department (RHD) repaired the bridge using sandbags in order to keep the vital transport corridor functional and open for vehicular movement.

But after some days, the middle portion of the bridge sagged further.

After the accident, the RHD repaired the broken railing and the bridge's sagging portion once more and reopened the bridge to traffic.

Sandbags have been added to strengthen the girders, with brick walls built around the sandbags to hold them in place.