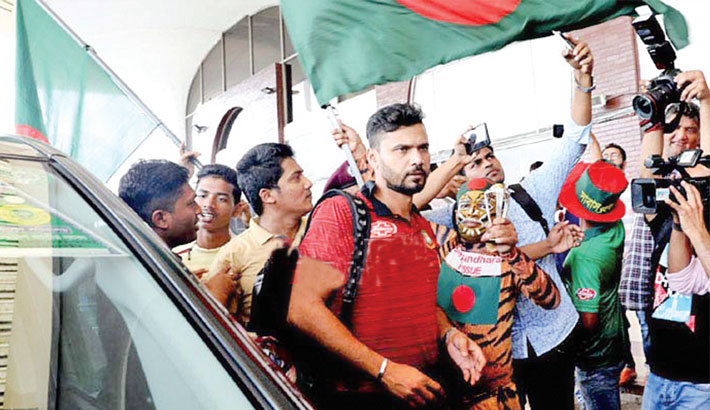 He came to the country for a short break of three days after his side’s epic success in tri-series tournament in Ireland. The triumph in Ireland was Bangladesh’s first-ever win in a final after failing in six occasions in the last decades. Considering he will be out of the country for at least one and half months, Mashrafe chose to have a break indeed.

Bangladesh captain will attend the press conference of the captains of the participating team in the World Cup on May 23.

After the two warm-up games in Cardiff, the Tigers will fly to London where they will start their World Cup assault against South Africa on June 2.

Bangladesh are now set to prove their prowess in the World Cup. In the last showpiece event in Australia and New Zealand, the Tigers have played in the Quarter-final stage. They are upbeat to go all the way this time around.

Like every other participating teams, the Tigers will play nine matches in the World Cup.