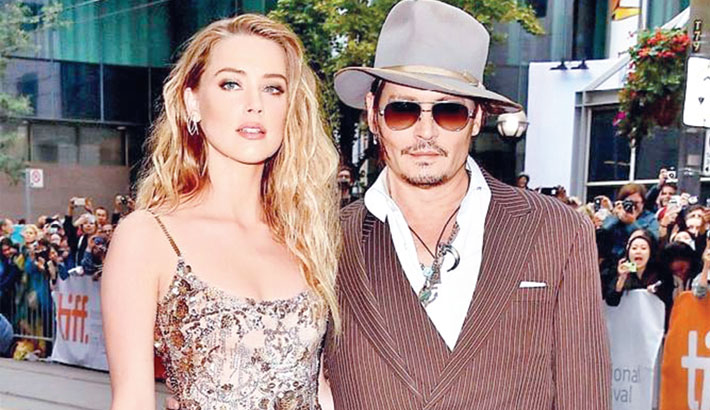 Johnny Depp has submitted a statement in support of his defamation lawsuit against his ex-wife Amber Heard. According to E! News, Depp has alleged Heard having "painted on bruises" and she caused him "serious bodily injury". He further stated that Heard did this while she was under the influence of a mix of "prescription amphetamines and non-prescription drugs with alcohol." Not only this, the abuse took place multiple times and with different weapons, including soda cans and paint thinner cans.

According to him, he not only suffered physically but emotionally as well. He mentioned one incident in which Heard or one of her friends allegedly "defecated" in his bed as "some sort of a sick prank." This alleged incident was apparently the final straw for Depp.

"As a result of the years of domestic abuse I had suffered at the hands of Ms. Heard--most recently the April 21 physical attack and defecation on my bed sometime before she and her friends left the next morning--I resolved to divorce Ms. Heard," Depp explained.

However, Depp statements contradict Heard's previous court filing which requested the dismissal of the lawsuit based on her claims against him. The documents Heard submitted in the support of her claim included photos of her showing bruises, photos of property damage by Depp, screenshots of text messages explaining the events and passage of her divorce deposition, in which she told about the alleged abuse.