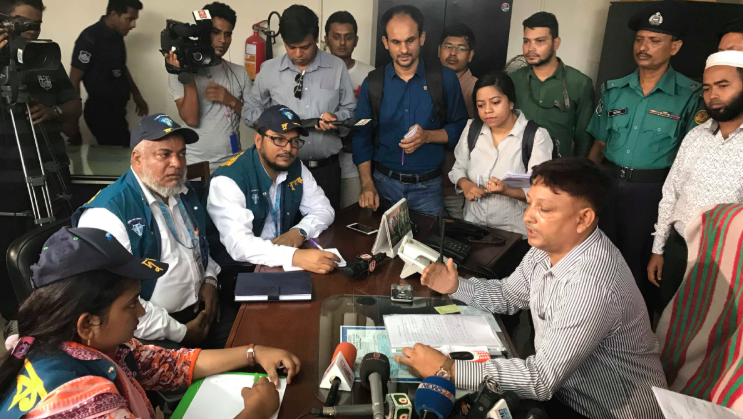 A team of the Anti Corruption Commission (ACC) on Wednesday visited Kamalapur Railway station after they received complaint that  people are facing problem in buying tickets using Railway app.

Talking to reporters after visiting the station, Deputy Assistant Director (DAD) of the ACC Md Monirul Islam said they talked to Shamim Ul Alam,  general manager of CNS ltd, which developed the app, about the allegation but did not get any satisfactory reply from him.

“We will talk to senior officials of Bangladesh Railway, including Kamalapur railway station manager,  to investigate the allegation. We will prepare a report after reviewing the overall situation, “ he added.

Hundreds of people thronged five places, including Kamalapur railway station, in the capital on Wednesday to purchase train tickets in advance for travelling during the Eid-ul-Fitr.

Tickets for May 31 are being sold on the first day.

Though the crowd is smaller compared to previous years as tickets are being sold at different places, many people said they had been standing in queue since Tuesday midnight and early Wednesday.