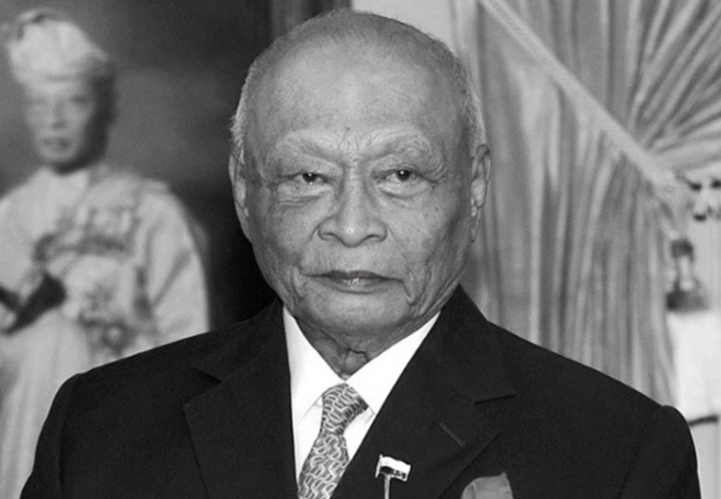 The former ruler of Pahang, Sultan Ahmad Shah Sultan Abu Bakar, passed away at 8.50am on Wednesday at the National Heart Institute (IJN) in Kuala Lumpur. He was 88.

“With profound grief and sadness, I hereby announce the death of Paduka Ayahanda Sultan Ahmad Shah Sultan Abu Bakar on the morning of Wednesday, May 22, which is also the 17th day of Ramadan 1440 Hijrah."

State secretary Datuk Seri Dr Sallehuddin Ishak said members of the public could pay their respects at the Balairung Seri of Istana Abu Bakar in Pekan from Wednesday (May 22) night until 9am Thursday (May 23) while members of royal families, ministers and dignitaries would be allowed to do so beginning 11am Thursday.

He said those taking part in the ceremony must dress appropriately, with black baju Melayu with black sampin and songkok with white band for Muslim men and black baju kurung with tudung for Muslim women.

The remains of Sultan Ahmad Shah is expected to arrive at the Royal Malaysian Air Force's Kuantan air base at about 5pm Wednesady before being taken to Istana Abu Bakar in Pekan.

Dr Sallehuddin added that the late Ruler's remains would be buried at the royal burial grounds next to the Sultan Ahmad Shah Mosque in the town after Zohor prayers on Thursday.

Sultan Ahmad Shah died at the National Heart Institute at about 8.50am Wednesday (May 22). He was 88.

Dr Sallehuddin also said a 40-day mourning period for the public had been declared while it would be 100 days for the royal family.

For three days beginning Wednesday, all entertainment outlets would not be operating and within the state government, there would be no official functions.

All mosques and suraus in the state will also hold nightly tahlil prayers.

Dr Sallehuddin said as a mark of respect, all parties should abide by the ruling.

"Pahang flags will fly at half-mast from today (May 22) for 40 days as a mark of respect for the late Ruler. No entertainment events or programmes will be held in Pahang between noon today and noon Saturday (three days) as a mark of respect," he said at a press conference Wednesday.