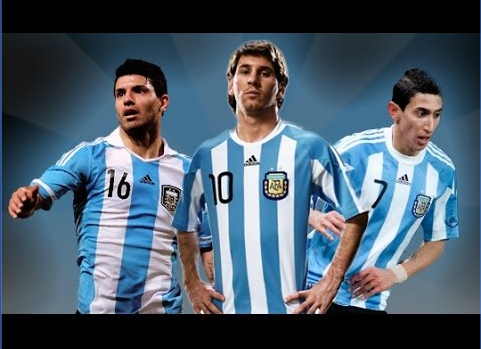 Argentina coach Lionel Scaloni announced his list Tuesday, with the attacking trio of Messi, Di Maria and Aguero looking for their first major international title after losing three finals — at the 2014 World Cup and 2015 and 2016 Copa America.

Argentina hasn't won a major trophy since the 1993 Copa America in Ecuador.

Scaloni called up Aguero for the first time since taking over as interim coach following the World Cup in Russia, after the striker helped Manchester City complete a domestic treble in England.

"The figures speak for themselves," Scaloni said about Aguero. "We need to make the pieces fit so we give him the chance to do what he does for his club."

Icardi has been a regular in Scaloni's squads but he recently lost his starting position at Inter because of a contract dispute and the Argentina coach prefers to pick players that get more playing time for their teams.

"We are building something today," said Cesar Luis Menotti, the 1978 World Cup-winning coach who is now a director at Argentina's football federation. "The objective is to prepare for the World Cup, but that doesn't mean Copa America is not important."

Argentina is in Group B with Colombia, Paraguay and Qatar. Its first match will be against Colombia on June 15 in Salvador.

Argentina will start training on Jun.27 for the South American tournament.