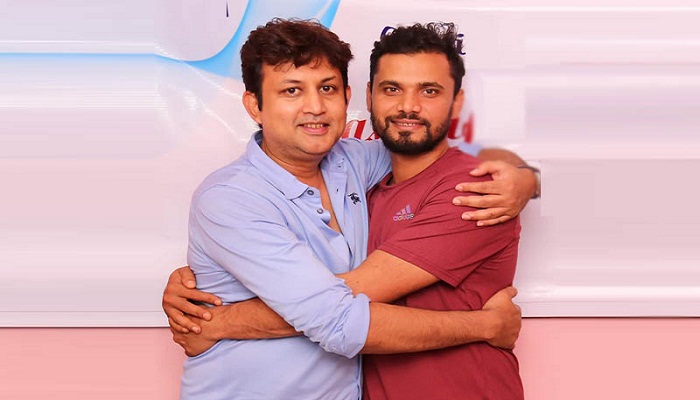 Actor Amin Khan visited Mashrafe’s Mirpur office on Monday around 8 pm and it was their first meeting.

The Dhallywood star was amused with the captain’s behavior during the meeting.

In his status he wrote, “Mashrafe is now Member of Parliament. Since, it was on Monday there were a lot of people in his office. Yet we felt like no one else was there. Though it was our first meeting but it seemed like we were friends from our childhood. It’s beyond explanation how much we enjoyed.”

The post also read, “Mashrafe along with his friends used to sell eggs, coconut and betel nuts secretly to afford the money needed to watch Amin’s movie in cinema hall.”