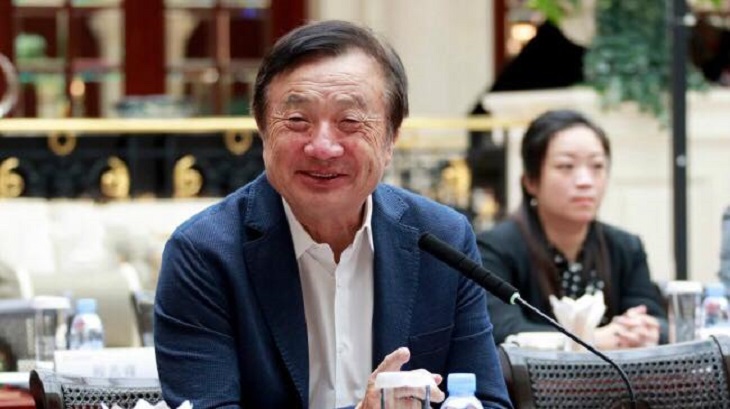 Ren made the statement in a group interview with China Media Group on Tuesday as the US Department of Commerce has given Huawei a three-month license to buy US goods in order to lessen the disruption to US companies.

The CEO said Huawei is grateful for U.S. enterprises' contributions to them, and many of his counselors are from U.S. companies such as IBM.

What the U.S. government intends to do is beyond our control, and for Huawei, what counts is to make sure the job is properly done, Ren told reporters.

"We received entity control from the U.S. a year ago, but this has no close bearing on U.S. companies, U.S. politicians are the ones to blame, and their actions underestimate our strength," said Ren.

Ren also expressed confidence in Huawei's 5G competence, saying it will not be affected by the restrictions.

He predicted that no other parties would be able to catch up with the company in 5G technology in the next two to three years.

The CEO stressed the company will not rashly or narrowly exclude the use of U.S. chips, and at the same time appealed for the common development of chip technology.

He said Huawei makes half of its chips itself, while the other half come from the U.S., adding that Huawei will not be isolated from the world.

"We can make the same chips like the U.S. counterparts. However, that doesn't mean we will not buy U.S. chips."

"We do need to learn from U.S. technology in terms of width and depth. But in the 5G area, Huawei is at the forefront, although it can't be denied that there is still a huge gap between China and (the) U.S. on the whole," he noted.

"We sacrifice ourselves and families in the pursuit of a dream to stand on top of the world, which would clash with (the) U.S. sooner or later," Ren said.

There are currently two main attitudes towards Huawei, Ren said: some bolster the company driven by patriotism, while others deem that Huawei is holding society's patriotic feelings hostage.

Ren urged against inciting nationalist sentiment, arguing that buying Huawei's products should not be tied simply to patriotism.

It may note that the US decision follows the news that a bunch of US companies, including Google, were going to stop doing business with Huawei.

Not only would this do severe damage to the desirability of Huawei Android smartphones sold outside of China, but would have caused major disruption to any US companies that rely on working with Huawei.

The DoC therefore decided to grant a temporary licence allowing Huawei and US companies to buy stuff from each other for 90 days starting 20 May.

Any US operators that use Huawei gear now effectively have three months to swap it out for equipment not made by anyone on the US shitlist.

Any of them still flogging Huawei smartphones might want to take that time to return them to their source too.