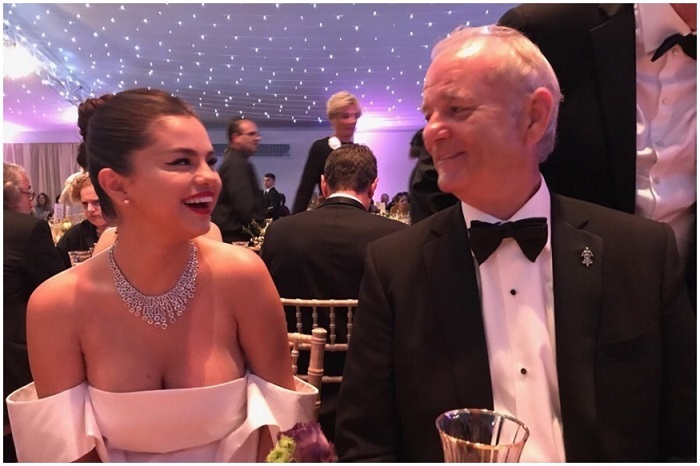 Singer-songwriter Selena Gomez made a surprise announcement on Instagram when she revealed her plan to marry co-actor Bill Murray!

Following her Cannes red carpet debut along with the screening of her film The Dead Don't Die, the 26-year-old shared many pictures on social media. She made the announcement in one of the posts.

"My first time in Cannes! I’m so honored to have been a part of this movie with Jim and the whole cast. By the way Bill Murray and I are getting married," read a gallery post shared by the I Can't Get Enough songstress.

Selena's fans are confused. Is this a joke or not?

Her Instagram account is filled with inquisitive questions from stunned fans.
Making her debut at the Cannes Film Festival, Selena Gomez sure knows how to create some waves. After a stunning red carpet appearance at the screening of her film The Dead Don't Die, the actress-singer has made a statement that has stunned her fans. Giving Instagram users a glimpse into her weird sense of humour, Selena posted a caption that grabbed eyeballs and raised eyebrows.

While posting some pictures of herself from the festival, Selena dropped a bomb in the form of a joke.