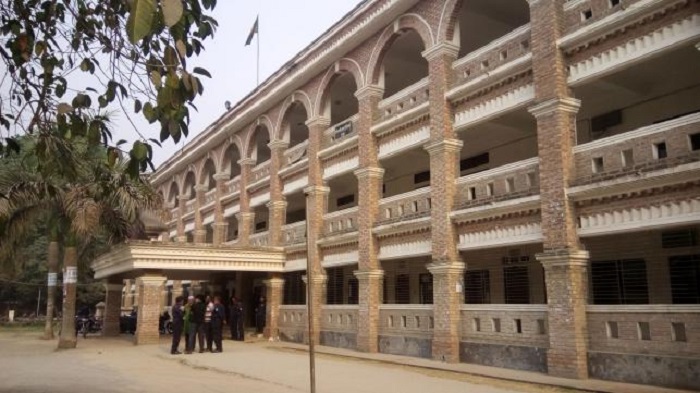 A Rangpur court on Tuesday sentenced five persons to 13-year rigorous imprisonment each for instigating a college girl to commit suicide in the city around 23 years ago.

Judge of the Women and Children Repression Prevention Tribunal-1 of Rangpur Md. Zabid Hussaine handed down the sentence against convicts Manik, Ratan, Rana, Babla and Maleka Begum in a crowded courtroom.

Three of the convicts Manik, Rana and Babla were present on the dock during pronouncement of the verdict while Ratan and Maleka Begum were on the run.

The prosecution says HSC examinee Rumana Afroz Tondra of Mirpur Ideal College in Dhaka came to her house at Robertsonganj Mandalpara Moholla in Rangpur city in 1996.

In the evening on July 1 in 1996, Tondra went to a nearby shop to purchase a matches box when miscreant Manik with his other cohorts suddenly caught her there in a pre-planned way.

At Tondra’s screaming, locals rushed there when Manik and his associates violated her, taking her on their shoulders to abduct her from the area.

At one stage, Tondra ran away to her house, came back with an axe and tried alone to create resistance against the criminals.

The miscreants snatched away the axe, mercilessly tortured Tondra, unclothed her body and took away her scarf extremely violating her in presence of local people.

Failing to resist the criminals, save her honour and tolerate violation in public, Tondra went to their roof and hanged her to escape from social shame after the incident.

Later, Masuda Chowdhury, mother of the victim, filed a case in this connection with Kotwali Thana accusing Manik, Ratan, Rana, Babla and Maleka Begum of the Moholla on the next day.

After investigation into the case, Kotwali Thana Police submitted charge sheet against the accused persons with two years of the incident to the court.

After examining witnesses and evidences of the case, the court found all five accused persons guilty and pronounced the verdict today (May 21, 2019).

Talking to reporters, Special Public Prosecutor of the Women and Children Repression Prevention Tribunal-1 of Rangpur Advocate Jahangir Hossain Tuhin said, despite the huge delay, the prosecution has received justice in this verdict.