SRK wants some ‘gems of wisdom’ from wife Gauri at home 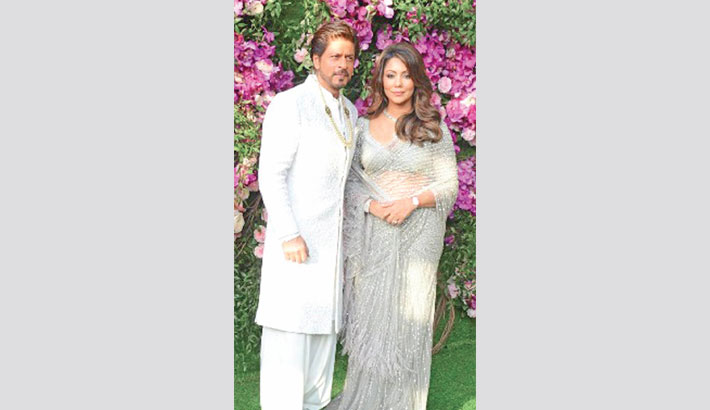 Actor Shah Rukh Khan’s wife Gauri Khan isn’t simply a star wife. She is a producer (associated with their production house Red Chillies) and has over time carved a niche for herself as an interior designer. Gauri recently won the Bombay Times She UnLtd Entrepreneur Award 2019.

Shah Rukh took to twitter to share his thoughts about Gauri and also shared a link of an interview. He wrote: “I wish she gave me these gems of wisdom about work at home too! I have to read them online…and learn.”

Speaking to Times of India, Gauri explained how she started small and built her business over time. Gauri said: “I had rented out a 700-square feet space to begin with. When your heart is in the right place and you give your best, nothing can go wrong. That has always been my belief.”

Gauri also detailed out how design has been an integral part of her life and how she has been constantly working on the interiors of her homes in Delhi, Goa, Dubai, Mumbai and Red Chillies’ building. She mentioned how having a famous surname has its perks and pitfalls. “On the one hand, it is a big positive — who I am married to and the surname I have. But it does have its negatives as well. Some people feel that they can’t trust you with work. At times, I have had issues where people have felt that probably ‘she doesn’t have it,” she said.

Gauri has designed the home of many Bollywood celebs including those of actors Sidharth Malhotra, Jacqueline Fernandez and Ranbir Kapoor in the past.

Shah Rukh, meanwhile, was last seen in his home production Zero, which turned out to be a dud at the box office. He is yet to announce his new project.