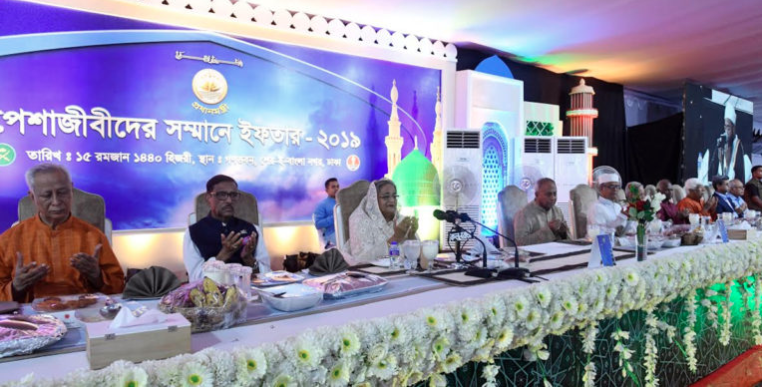 Prime Minister Sheikh Hasina hosted an Iftar mahfil on Tuesday in honour of the leaders of various professional organisations at her official Ganobhaban residence.

Before the iftar, a special munajat (prayer) was offered seeking continued peace, progress and prosperity of the nation.

Prayers were also offered seeking eternal peace of the departed souls of Father of the Nation Bangabandhu Sheikh Mujibur Rahman and other martyrs of the August 15 carnage and the martyrs of the Liberation War as well as long life and good health of the Prime Minister.