Kashmir witnesses rise in tourist footfall in April, May 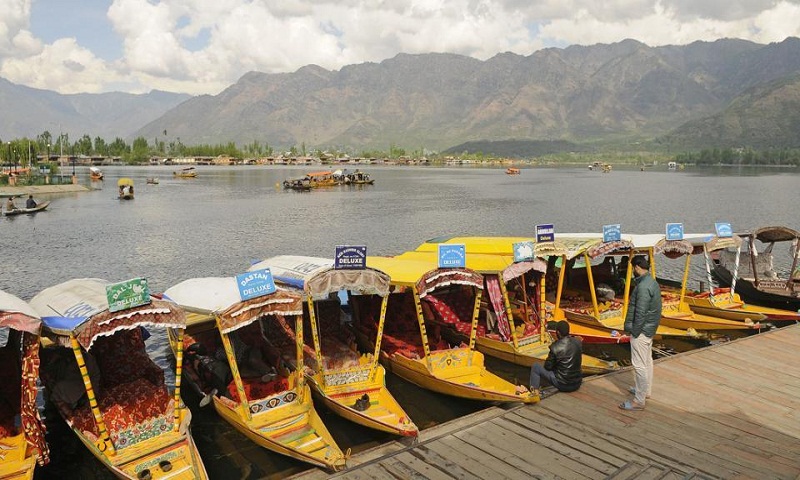 Hoteliers and travel agents in the Kashmir Valley are hopeful of a profitable holiday season as the past four weeks have seen a surge in the tourist footfall.

Wani said the state government has launched various campaigns and road shows in several parts of the country to attract tourist. “The season seems promising since it has started picking up pace already.”

Tourism had taken a downturn when military offensive against militants was increased in 2018. Some 8.5 lakh tourists including 50,000 foreigners visited the Valley in 2018 while 11 lakh tourists visited in 2017.This year in January, 22,615 tourists arrived in Kashmir, while in February and March, the figure was 11, 395 and 14,805, respectively.

Travel Agents Association of Kashmir president Ashfaq Siddiq said overall the tourism has been on a downside since the Pulwama attack. “The elections also had an effect coupled with negative media portrayal. Tourists from countries like Thailand and Malaysia do come as these countries don’t have much of the Indian media’s reach.’’

Mushtaq Ahmad, who drives a tourist cab for last 10 years from city’s only airport to various tourist destinations, said from past few weeks, the arrivals has seen a slight increase. “Many tourists came despite polls and visited Gulmarg, Pahalgam and Sonmarg. We were hopeful the arrivals will increase.”

Omar Tibetbakal, owner of a travel agency in Srinagar and a member of Kashmir Chamber of Commerce and Industries, said though there has been an increase in last few weeks but tourism industry is in bad shape. “Like previous years, this time we don’t have any advance bookings. The hotels are empty and season is coming to an end. I had a big foreign group but they too were hesitant to prolong their stay in Kashmir due to present circumstances.”

Kashmir Hoteliers and Restaurant Owners Federation former president Faiz Bakshi said that the tourism status was not remarkable. “If we are getting 50,000 tourists only when we have infrastructure for 50 lakh, what does it indicate. We could have hoped that there will be improvement in autumn but then we still have assembly elections,” he said.