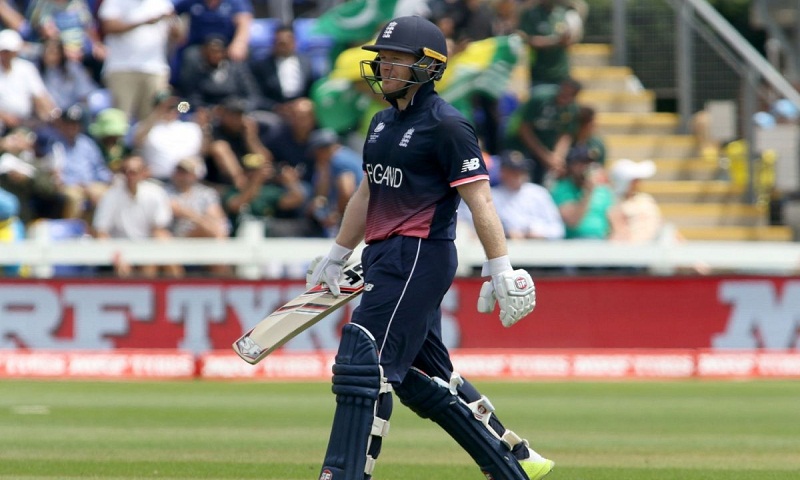 England captain Eoin Morgan has admitted that he is still unsure about the final 15 who will be selected in the squad for the upcoming World Cup beginning May 30.

After the final match of the five-ODI series against Pakistan which England won by 54 runs, Morgan said the continuous improvement in performance by the players has made the selection meeting extremely difficult.

“I don’t know the 15,” ESPNcricinfo quoted Morgan as saying on Sunday after the match. “Every one of these guys should be proud of what we’ve achieved so far. The continuous improvement of performances makes the selection meeting extremely difficult.

“But every single member of the 17-man squad here will play some role, due to the nature of injuries and illness and call-ups,” he added.

Meanwhile, Chris Woakes, who bagged the Man of the Match award for his five-wicket haul in Leeds, admitted he would be anxiously waiting for the confirmation.

Woakes finished on top of the series bowling charts, with 10 wickets in four matches at an average of 21.20 and made a strong case for being selected in the final 15 for the showpiece event.

“Everyone will be wary of that phone call,” Woakes said.

“Even if you feel like you’ve got a good chance to being in the squad, until you hear it from the selectors’ mouths, it’s not quite set in stone. You’re still probably a little bit on edge, particularly with these 16 and 17 players, because everyone has performed at some point. It’s a tricky decision for the selectors. Everyone will be looking at their phones tomorrow I suppose, if that’s when we find out,” he added.

England are expected to name the final 15-man squad on Tuesday.