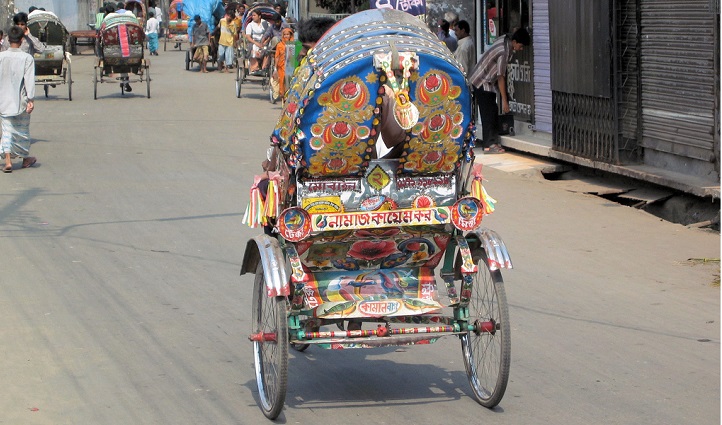 Locals formed a human chain in Debidwar municipality of Cumilla on Monday protesting a Tk 27 lakh cheque dishonour case against a rickshaw-puller.

The human chain was formed on the Bakhrabad Gas Field link road at Marichakanda village around 11am.

Rubel came to know from a notice received from the court on April 4 that he was accused in a case filed for bounced cheques for Tk 27.40 lakh, brewing resentment among locals.

Although arbitration was convened to settle the issue, Rojina did not turn up. Later, Rubel also filed a fraudulence case against Rojina.

Local Rafiqul Islam said Rubel first declined to give cheques to Rojina. Later, he signed the cheques in front of me. "I heard after several days that Rojina filed a case against Rubel."