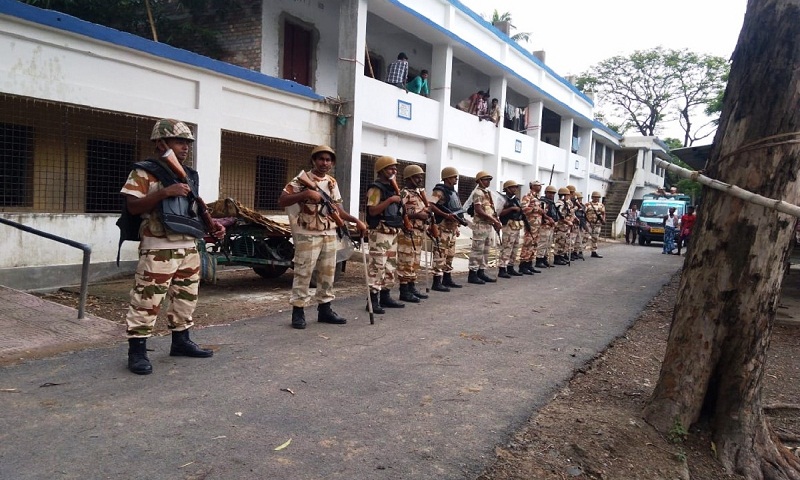 Several persons were injured in the clashes that broke out after a BJP polling agent was allegedly beaten up by unknown persons, say the reports. Many polling agents of opposition parties were beaten up and houses and vehicles of many activists were attacked after voting on Sunday.

“Two injured persons were rescued from the spot and hospitalised. A complaint has been lodged. No one has been arrested and investigation is on,” a police officer said.

A local BJP leader accused the TMC of stabbing the father of a BJP worker in the Dum Dum area.

“Some Trinamool supporters damaged houses of our two activists on Sunday and that of another worker on Monday,” another local BJP leader said.

The TMC, however, accused the local BJP leaders of ransacking vehicles belonging to the party’s panchayat leader on Sunday.

CPI (M) activists at Kashipur accused Trinamool workers of beating up their polling agents on Monday.

A TMC office was ransacked and 10-12 people were injured in a scuffle between two groups of activists in the Maniktala area under the Kolkata North Lok Sabha constituency.

“We don’t believe in violence and have asked them (activists) to stay calm. A clash erupted due to ego problems among some booth-level workers,” state minister Sadhan Pandey said.

Train services in Eastern Railway’s Sealdah-Krishnanagar division were disrupted for two-and-a-half hours after hundreds of residents squatted on the tracks at Kankinara station protesting against the clashes.

Incidents of violence were reported from parts of West Bengal in the seventh and last phase of Lok Sabha elections 2019 on Sunday.

Clashes between TMC and BJP supporters were reported from Basirhat. Additional central forces were deployed in Basirhat to control the situation.