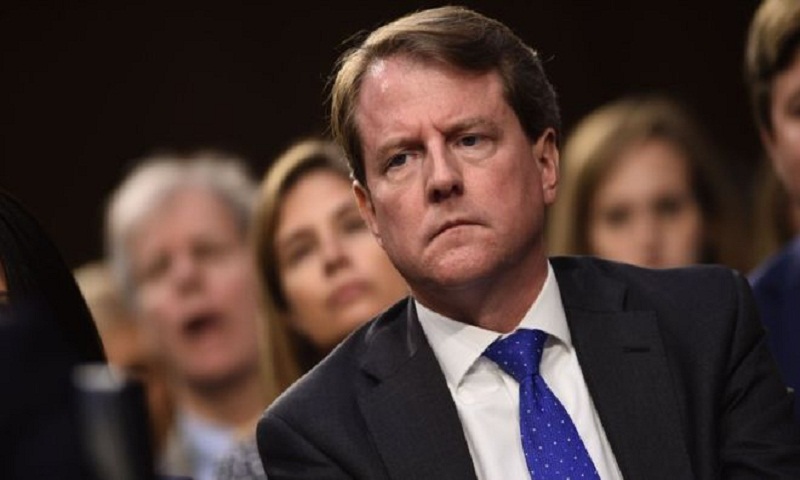 The White House has directed one of its former legal advisers not to testify to a congressional committee about special counsel Robert Mueller's investigation.

The Democratic-led House Judiciary Committee has issued a legal order for Donald McGahn to appear on Tuesday.

A member of the committee said an impeachment inquiry against President Donald Trump would be warranted if Mr McGahn does not testify.

The Department of Justice and White House both released statements on Monday arguing that Mr McGahn, the president's former counsel, was under no obligation to give evidence.

Mr Mueller's two-year investigation did not determine that Mr Trump conspired with alleged Russian attempts to sway the 2016 US presidential election, but listed 10 instances of possible obstruction of justice by the president.