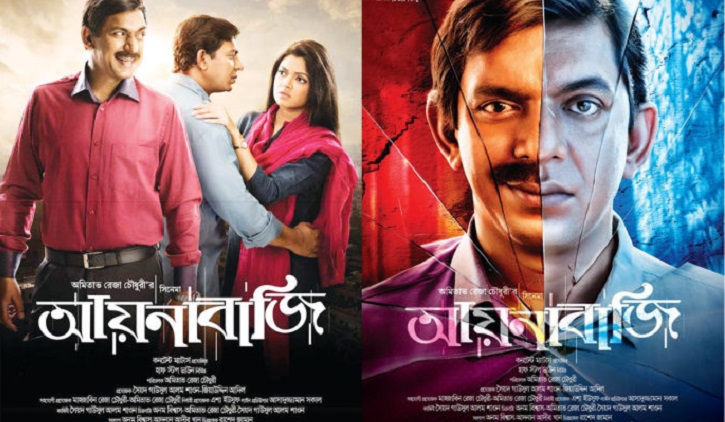 Bangla movies are lacking development and investments for almost two decades. Most of the movies face down fall after reaching to the cinema halls.

But in last 3-4 years, some significant changes took place there. Movies like ‘Aynabazi’, ‘Dhaka Attack’, ‘Poramon-2’, ‘Debi’ created stir on the box office. Although some of the production companies are regularly investing in the production house, some companies have not been invested after first attempt.

When asked about the reason of reluctance, producer Nazmul Hasan Chowdhury said, “The film's success is in the words of the audience. But I did not get back the invested money. As a result, we lose our interest to move further.”

Besides, producers complained against the mismanagement of the film-making industry and their vague rules that hindered the processing in making a sound movie.

The movie ‘Aynabazi” made a business worth Tk 3.5 crore and their budget was 1.7 crore. Still, a big amount of money remains unpaid, complaints one of the producers.

‘Aynabazi’ producer Gausul Alam Shaon said, “We have not been able to collect the arrears from many halls despite repeated efforts for a long time. The dishonesty of booking agents is also a reason. Nearly 10 lakh Taka are still unpaid from booking agents.”

He also added, “Apart from that, the tickets that are being sold, there are also jugglery with figures (Shubnakar's trap). The whole process is corrupted in this industry.”

On the contrary, the movie was released in 13 cinema Halls abroad from where they earned huge amount of money, he added.