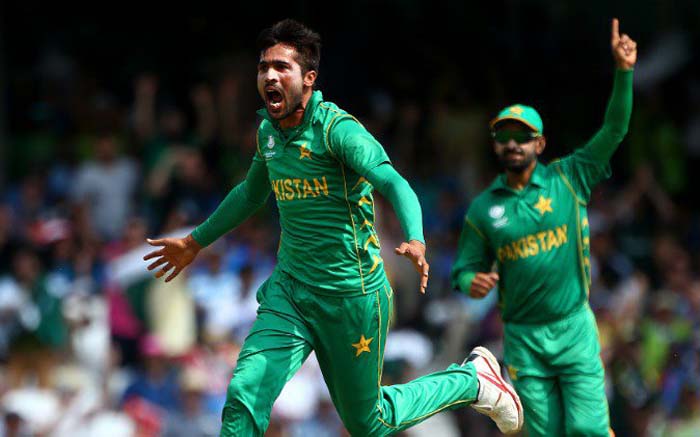 Grieving father Asif Ali, whose 18-month-old daughter died at the weekend, fit-again Mohammad Amir and Wahab Riaz were all included Monday in Pakistan's final 15-man squad for the World Cup.

Asif, whose daughter Noor Fatima had been undergoing cancer treatment in the US before her death on Sunday, is set to rejoin the World Cup squad after her funeral in Lahore, chief selector Inzaman-ul-Haq said at a press conference the eastern Pakistani city.

"We are with Asif in this tough time. He will return to Pakistan and then go back before the warm-up matches," he said.

Spearhead Amir was left out of the preliminary squad after a run of poor form, but was included in the final list despite not playing in the last four one-day internationals against England due to chicken pox.

Pakistan lost the five-match series 4-0 on Sunday with the first match washed out due to rain.

Pakistan selectors were forced to recall another left-arm paceman, Riaz, after their bowling conceded more than 350 in all four matches against England.

Haq said Riaz was being given a chance due to his experience.

"We thought that during the England series we lacked experience in our bowling and that is why we have included Riaz in the squad," he said.

The 33-year-old Riaz, a veteran of two World Cups in 2011 and 2015, played the last of 79 ODIs against India in the Champions Trophy in the UK two years ago.

There were heartbreaks for fast bowler Junaid Khan, all-rounder Faheem Ashraf and opener Abid Ali, who were all included in the preliminary squad but failed to reach the final 15.

For Junaid the news was particularly galling after he had already been shut out of playing in a World Cup twice: though he made the squad in 2011 he did not play, and he had to withdraw in 2015 due to injury.

Leg-spinner Shadab Khan also recovered from a blood virus and will join the squad.