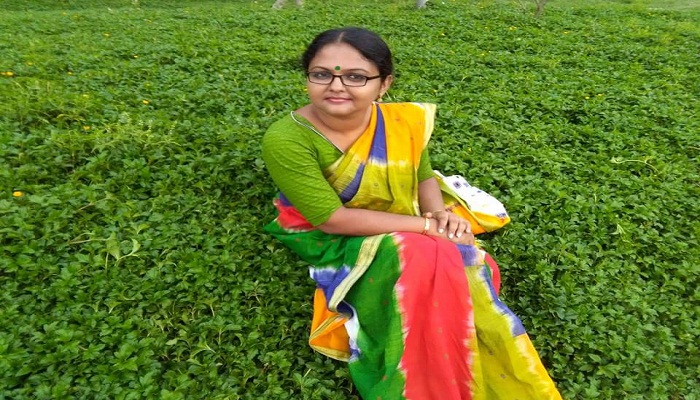 On Sunday, Police recovered Shawon’s body from her rented house of Kashemnagor in Sher-e- Bangla road in Khulna. Primarily, police are suspecting it as a suicide.

Shawon was the daughter of Sheikh Abdul Hoque from Alkatra mill area. She has a younger brother. She was also an assistant teacher of Dumuria Sajia Primary School.

On last May 6, Committee of National Rabindra Sangit Sammilan Parishad Dumuria Upazila was formed where she was made general secretary.

Shawon’s room-mate Shahana Alima told that on Sunday morning she found Shaon quite disturbed. Then she spent some time with Shawon and came back her room after a short conversation.

Later around 10: 30, Alima called her since there was no sound from her. Finding no way, people came from neighboring house broke the glass door and found her unconscious. Later, they took Shawon to hospital where doctor declared her dead.

Officer-in-Charge of Khulna Sadar Police Station Humayun Kabir said, Shawon used to intake sleeping pills for almost a month to reduce stress. Her family and friends forbade her more than once. But she did not listen.

The body has been sent to the Khulna Medical College Hospital morgue for autopsy to find the actual cause of her death, said Humayun.