How safe are summer fruits? 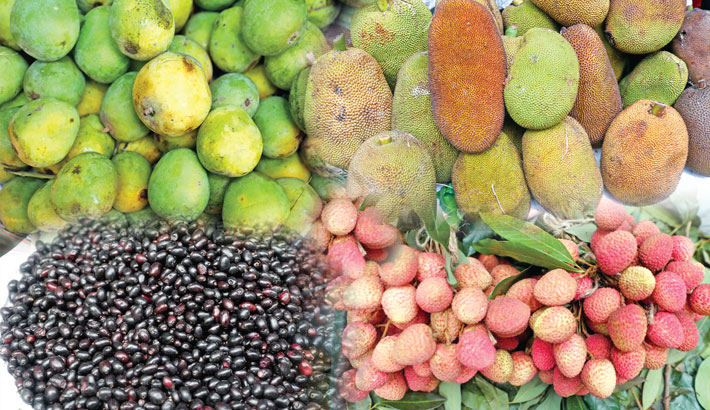 Many delectable summer fruits, including mango, litchi, jackfruit and watermelon, have started arriving aplenty in the city markets in the Bengali month of Jyeshtha, popularly known as Modhumash.

Many city dwellers said they are not buying watermelon, mangoes, litchi and other seasonal fruits in fear of that those are chemically treated or artificially ripen.

Jyeshtha is called ‘Modhumash’ as a wide variety of juicy summer fruits pop up in the market in this month.

Meanwhile, the holy month of Ramadan also increased the demand for juicy fruits during Iftar after long hours of fasting.

Mango, litchi, jackfruit, guava, watermelon, musk melon, papaya, pineapple, Latkon, different varieties of berries and other juicy fruits are widely available in the capital and elsewhere in the country.

The price of those juicy fruits is much higher due to the increasing demand during Ramadan.

He said, “We warned wholesale businessman at Kawran Bazar and Badamtoli in the capital not to bring those mangoes before May 23.”

Some unscrupulous businessmen are bringing Himsagor from Sathkhira and ripen them with calcium carbide very secretly and selling them at night due to higher demand in Ramadan, dodging the eye of law enforcers, said Sarwar Alam.

Tropical fruits such as mango, litchi, melons and papayas are the best choice of people during a hot, sultry day after a long day of fasting.

Hasibul Islam, a private company employee, said he bought three kg of mango from a market on Thursday but it seemed that the fruits were picked in an immature stage.

“The test of the mangos was sour and we could not eat those due to bad flavour,” he said.

To prevent adulteration, the government has fixed mango harvesting timeframe for the mango farmers in line with the ripening time of different types of mangoes in different areas.

But the orchard owners use different types of hormone, pesticide, fungicide and sulfur in the fruit trees, including mangoes, banana, and litchi to boost production dodging the eye of the government, sources said.

Some of them are collecting exotic seasonal fruits directly from orchards through their relatives. But those have no connection with rural level people they are not consuming seasonal fruits.

On May 13, a mobile court led by Puthiya Upazila Nirbahi Officer seized 70 mound mangos and jailed six mango traders for 5 days for using harmful  chemicals in mango to sale those during Ramadan.