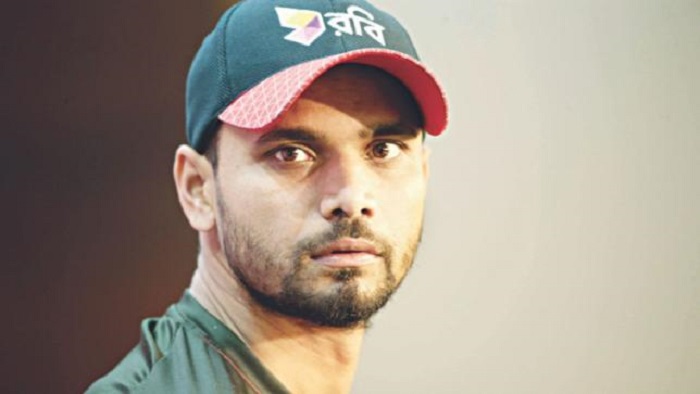 Mashrafe Bin Mortaza, captain of Bangladesh ODI Cricket Team and MP from Narail-2 constituency ordered the deputy commissioner (DC) of Narail to buy paddy directly from farmers after he returned home on Saturday after clinching the trophy of a multi-nation tournament for the first time beating West Indies in the Tri-Nation Series in Ireland.

On Sunday night, the captain of the Team Tigers talked to the DC over telephone and urged him to take immediate steps as per the directives.

After returning home on Saturday night, Mashrafe was informed that farmers of his constituency are not getting fair price of their paddy. Even they are not getting the returns of their cost, spent in growing paddy.

Even, in some districts, farmers set their paddy fields on fire protesting the fall of coarse paddy price and unavailability of day labourers.

On information, just-harvested coarse paddy is selling for about Tk 600 to 600 per maund in local markets of Narail, which is less than last year, while, government is buying a mound of paddy at Tk 1040.

Knowing this information, Mashrafe Bin Mortaza talked to DC Anjuman Ara over telephone around 10:00pm yesterday and ordered her to take necessary steps to buy paddy directly from the farmers.

“Stern action will be taken if it is proved that someone is buying paddy through syndicates”, Mashrafe warned while talking to DC.

Confirming the conversation with Mashrafe, Anjuman Ara sadi, “We want to ensure fair price of paddy for the farmers. For this, we seek cooperation from everyone.”