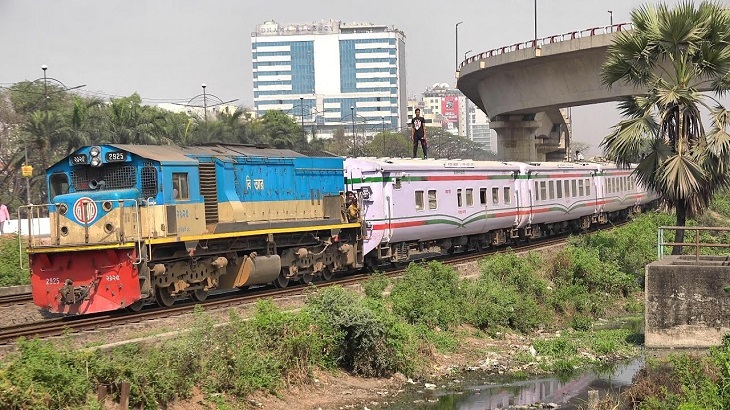 An old age man was crushed under train at Khilgaon Bagicha rail line in the capital on Sunday afternoon.

The deceased was identified as Yar Chowdhury Tutul, 65, was a retired govt officer, a resident of Khilgaon New Coloni.

The accident took place at around 5:00pm when a train hit Tutul while he was returning house, leaving him critically injured.

Later, pedestrians recovered him and sent it to Dhaka Medical College Hospital where duty doctors declared him dead around 10:00 am.