No cheers for good borrowers 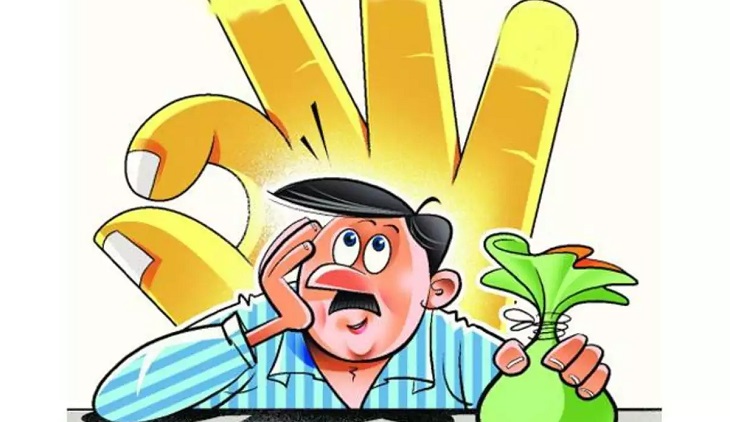 The central bank new move to extend the new package of loan rescheduling facilities for defaulters has created uneasiness as it is believed that it would increase the number of willful defaulters and encourage new borrowers from repaying loans.

Though it’s a new lifeline for defaulters on rescheduled loans but it is highly discouraging for the good borrowers as the later will still have to take loan at a double digit.

According to the Bangladesh Bank’s circular, maximum 9 percent interest will be charged on the rescheduled loans while the current interest rate is 12-16 percent.

Bankers and economists think that these kinds of facilities would create new willful defaulters and would further deteriorate the banking sector’s financial health.

The banks have already been suffering with the liquidity crisis due to low interest rate. Besides, the special facilities to the defaulters will create an imbalance in financial sector, Prof Salehuddin told  daily sun.

According to Prof Salehuddin, the money market will experience a negative impact on the backdrop of the decision as the banks have been suffering from scarcity of loanable fund at this moment in recent times.

Association of Bankers Bangladesh (ABB) former Chairman Anis A Khan said the special facilitation to the defaulters will lead the banking sector to an adverse situation.

“The banks have already given lower rates to good borrower. Besides, we spend a huge amount of money in loan rescheduling. At this moment, the circular asked banks to return money to defaulters. So, how we make profit from the credit,” Mutual Trust Bank Managing Director Anis A Khan told the Daily Sun.

Anis A Khan also said the bankers should be aware about the direction so it cannot be misused.

“The financial institutes have been suffering to recover defaulted loans for a long time. Now, the defaulters will inject money as down payment as returns so that the banks which experienced cash crunch will get a relief from here,” economist Zaid Bakht explained the issue while talking to daily sun.

During the first session of the 11th parliament, Finance Minister AHM Mustafa Kamal said there are a total of 266,118 loan defaulters in the country till December 2018. Even, he also unveiled top 20 names of loan defaulters.

Alongside the nine percent interest rate, the central bank has allowed defaulters to reschedule their classified loans by making down payment of only 2 percent instead of the existing 10-15 percent.

Businesspeople from wheat, food stuff and edible oil manufacturing sectors, and shipbuilding, ship-breaking, steel and aluminum industries will get the facilities straightaway. Defaulters from the other sectors will have to face special audit.

If a defaulter wants to clear his or her debts to the bank in one year, the interest rate would be just the lender’s cost of fund.

The borrowers will also be able to avail ‘One Time Exit’ facility by clearing all dues by 360 days after approving such facility by the banks concerned.

To avail the new facilities extended by the central bank, defaulters have to apply within the next 90 days while the tenure for repayment is 10 years with a grace period of one year under case to case consideration.

Even, the defaulters will be able to apply for new loans once their old loans are rescheduled under the scheme.

No Cheers for Good Borrowers

On top of giving the loan defaulters the opportunity to repay, central bank has also published another circular for the good borrowers to bring a congenial balance.

In another circular, the central bank has announced an incentive offer for good borrowers by giving interest rebate which they said not enough for them.

Talking to some good borrowers, they said if loan defaulters get such facilities, they deserve better incentive offer from the central bank.

The central bank said borrowers who have cleared loan payment for consecutive four quarters before September will be considered good borrowers.

A good borrower will get a minimum 10 percent rebate on interest incurred in the previous year.

However, in the circular Bangladesh Bank mentioned that although they have directed to extend rebate to the good borrowers, it experienced that good borrowers are not getting these facilities.