Google restricts Huawei's use of Android 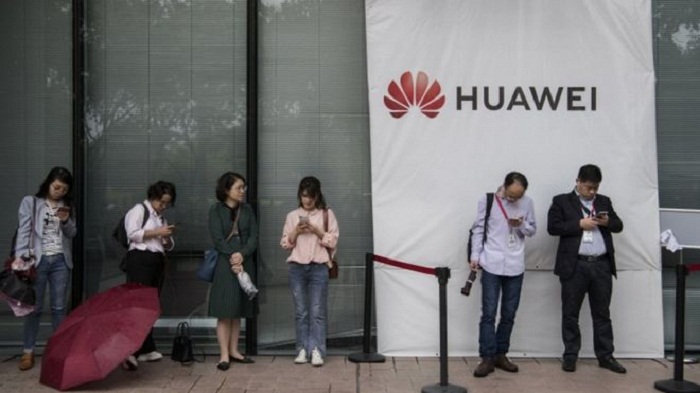 Google has cut phone maker Huawei off from some updates to the Android operating system, dealing a blow to the Chinese firm.

The move comes after the Trump administration added Huawei to a list of companies that American firms cannot trade with unless they have a licence.

In a statement, Google said it was "complying with the order and reviewing the implications".

The move by Google, first reported by Reuters, means Huawei loses Google's security updates and technical support, and any new devices would no longer have apps such as YouTube and Maps.

Huawei can still use the version of the Android operating system available through an open source licence.

Ben Wood, from the CCS Insight consultancy, said the move by Google would have "big implications for Huawei's consumer business".

Last Wednesday the Trump administration added Huawei to its "entity list", a move that bans the company from acquiring technology from US firms without government approval.

Huawei faces a growing backlash from Western countries, led by the US, over possible risks posed by using its products in next-generation 5G mobile networks.

Several countries have raised concerns that Huawei gear could be used by China for surveillance, allegations the company has vehemently denied.

Huawei has said its work does not pose any threats and that it is independent from the Chinese government.

So far the UK has held back from any formal ban.

"Huawei has been working hard on developing its own App Gallery and other software assets in a similar manner to its work on chipset solutions. There is little doubt these efforts are part of its desire to control its own destiny," said Mr Wood.

In the short term, this could be very damaging for Huawei in the West.

Smartphone shoppers would not want an Android phone that lacked access to Google's Play Store, its virtual assistant or security updates, assuming these are among the services that would be pulled.

Longer term, though, this might give smartphone vendors in general a reason to seriously consider the need for a viable alternative to Google's operating system, particularly at a time the search giant is trying to push its own Pixel brand at their expense.

As far as Huawei is concerned, it appears to have prepared for the eventuality of being cut off from American know-how.

Its smartphones are already powered by its own proprietary processors, and earlier this year its consumer devices chief told German newspaper Die Welt that "we have prepared our own operating systems - that's our plan B".

Even so, this move could knock its ambition to overtake Samsung and become the bestselling smartphone brand in 2020 seriously off course.